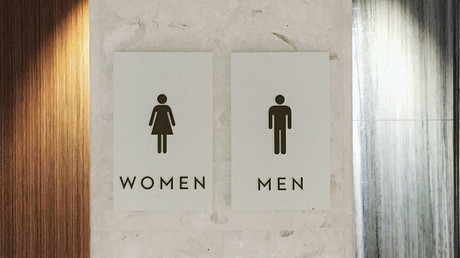 Griffin, who works at the Bristol Royal Infirmary, said she was concerned about the extent to which medicines were used with children. Griffin suggested that her colleagues shared the same concerns, but they were “running scared” because they feared being labelled bigots.

She told the Mail on Sunday: “Children can’t vote and they can’t leave school, but we are allowing them to make decisions about their fertility and sexual function. My own feeling is I can’t see how young people’s health can be anything but harmed by these treatments.”

Griffin also spoke of the serious side effects for sex change and puberty blocking drugs, warning that they are associated with serious health risks. “Puberty blockers are not designed for the blockage of puberty in healthy adolescents,” she said. “Now they’re being used for something that’s a psychological presentation without a body of scientific study behind it.”

In 2017, it was revealed that 800 children in England who were confused about their gender were being given puberty blocking injections. Puberty blockers are reversible, ceasing to function when they are no longer in use. Griffin added that there was anecdotal data that linked puberty blockers to osteoporosis. She said that those drugs will “almost always” be followed with sex hormone treatments, the effects of which are irreversible.

“We know that cross-sex hormones are associated with permanent infertility,” Griffin said. “Patients are also likely to have impaired sexual function. And there are other concerns.

“We think that [transitioning] women are at increased risk of heart disease. We know they are at risk of male pattern baldness and abnormal fat redistribution.”

The Tavistock and Portman NHS Foundation Trust in London is the UK’s only center specializing in gender concerns in under-18s. In the past two years, referrals to the service have skyrocketed – rising from 87 referrals to 216.