China has published a report listing the woes of American democracy, including human rights, interventions and discrimination, in response to a scathing paper published by the US State Department.

The “Human Rights Record of the United States in 2017” report, released by the Information Office of China’s State Council on Tuesday, is a response to the US State Department’s Country Reports on Human Rights Practices. The US review, issued on April 20, labeled the governments of China, Russia, Iran and North Korea as “morally reprehensible” and “forces of instability” that “violate human rights of those within their borders on a daily basis.”

Now China is pointing to America’s own poor human rights record, both at home and abroad. 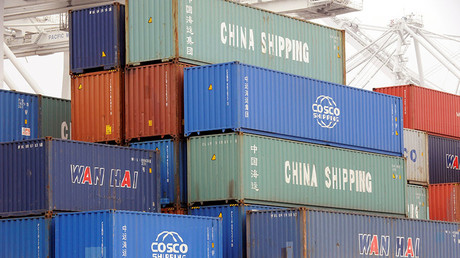 “Looking back on 2017, those with even the slightest sense of justice can see that the United States’ own human rights record is, as usual, notorious for its misdeeds, and continues to worsen,” the report states, noting that Washington is in no position to play the role of a self-professed “human rights judge.”

The report, which draws on official US data, open sources and the US media, accused the US of “serious infringement of citizens’ civilian rights,” “systematic racial discrimination,”“widening rich-poor divide,” as well as “continued violations of human rights in other countries” and “severe flaws” in its democracy.

The last point refers to Syria, where the US-led bombing campaign has inflicted “a large number of civilian casualties,” it states, citing reports that “at least 12 schools, 15 mosques, 15 bridges,” a refugee camp and other civilian infrastructure were shelled by the allies.

The report highlighted a growing disparity between the rich and the poor in the US, where over 40 million are living in poverty, and the issue of racial discrimination that plagues the country’s law enforcement and courts.

Citing the US Sentencing Commission, Beijing pointed out that black male offenders should expect 19.1 percent longer sentences than “similarly situated” white Americans. The report also drew attention to the surging gun violence that US authorities have failed to tackle.

Criticizing the direction in which America is heading with the wealthiest minority grabbing all the power, the report argued that the once exemplary American democracy is “drowning in money.”

“U.S. money politics keeps fermenting, and the rich guide the direction of politics. The weak face increasingly harsh restrictions on voting, and scandals involving politicians are frequent,” it says. 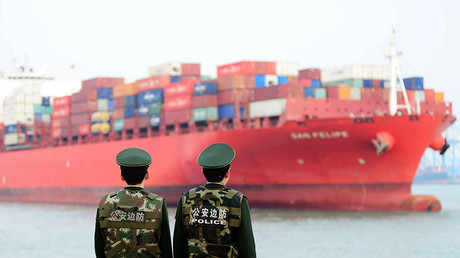 China also took aim at the notorious Guantanamo prison, where detainees can be kept for years without any charges brought against them and can be subjected to torture. While former US President Barack Obama’s pledge to shut down the facility never materialized, the current US leader signed an executive order in January to keep it open.

Besides African-Americans, other groups are frequently discriminated against, the report states, including women, children and the disabled. It cites job statistics that say 163,000 retail jobs for women were slashed from October 2016 to October 2017, while 106,000 new jobs were added for men.

Following the release of the US State Department report, China said that it views such “biased” reports as attempts to interfere in Chinese internal affairs that are “doomed to fail.”

“China has clearly informed the United States that its attempt to interfere in China’s internal affairs and hinder China’s development was in vain in the past, and will not succeed in the future,” Chinese Foreign Ministry spokesman Lu Kang said on Monday, adding that the Chinese “have the best say” with regards to the human rights in their country.