US Attorney General Jeff Sessions has announced the creation of a “religious liberty task force,” charged with defending the rights of the faithful to say no to creeping atheism.

Speaking at Monday’s Religious Liberty Summit, Sessions said that the task force would help implement the religious liberty guidance the Justice Department issued last October. While the guidance clearly instructs government agencies to respect the freedom of all religions, Sessions cited examples of mostly anti-Christian persecution in his speech at the summit.

“We’ve seen nuns ordered to buy contraceptives,” he said. “We’ve seen U.S. senators ask judicial and executive branch nominees about dogma—even though the Constitution explicitly forbids a religious test for public office. We’ve all seen the ordeal faced so bravely by Jack Phillips,” he added, referencing the case of the Colorado baker who won a Supreme Court victory recently, appealing his punishment for declining to bake a custom wedding cake for a same-sex couple based on his religious beliefs.

Religious freedoms are guaranteed under the First Amendment of the Constitution, but courts across the country have encountered problems balancing this protection with anti-discrimination laws, as was the case with Phillips. 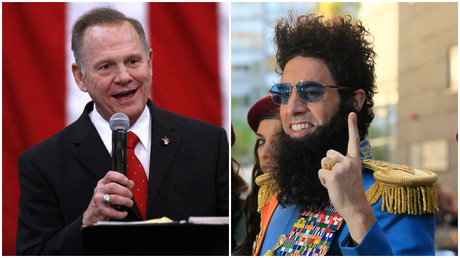 Sessions went on to describe the cultural climate in America as hostile to people of faith, and promised his Department would defend God-fearing Americans’ right to practice their religion.

“In short, we have not only the freedom to worship—but the right to exercise our faith. The Constitution’s protections don’t end at the parish parking lot nor can our freedoms be confined to our basements,” he said. “Religious Americans are no longer an afterthought.”

While no details of the proposed task force’s work have emerged, and while Sessions’ guidelines clearly lay out rights for all religions, mainstream media and anti-Trump #Resistance have predictably assumed that the Attorney General was creating a jackbooted, cross-wearing paramilitary to crush homosexuality and enforce Christianity across the land.

“It’s not about religion or liberty,” tweeted Charlotte Clymer, a transgender Human Rights activist, “it’s about fear and loathing.”

As a Christian and LGBTQ person, it sickens me that Jeff Sessions and others are so insecure in their faith that they feel others must be coerced into it for validation. The “Religious Liberty Task Force” is not about religion or liberty. It is about fear and loathing.

Today the US Government announced the creation of a ‘religious liberty task force.’

The prophecy is complete:
“When fascism comes to America, it will be wrapped in the flag and carrying a cross.”

Jeff Sessions just announced they formed a Religious Liberty Task Force to ensure that all religious organizations have rights. Only by all organizations he means Christians, and by rights he means the freedom to impose their beliefs on others.

The Daily Beast described Session’s announcement as a declaration of “holy war on LGBT people,” who may now have to buy their cakes from other, more secular bakeries.

“Sadly it is no exaggeration, no hyperbole, to say that Attorney General Jeff Sessions declared a holy war on LGBT people, LGBT equality, and LGBT rights on Monday.” —@timteemanhttps://t.co/HfbJNwqkQ1

Sessions’ enemy appears to be Godless progressivism itself, though he did not identify it by name.

A “dangerous movement, undetected by many, but real, is now challenging and eroding our great tradition of religious freedom,” he said on Monday, but added that it will be “confronted and defeated.”