The National Crime Agency (NCA) has warned that a new drug, known by the street names ‘Serial Killer’ or ‘Drop Dead,’ is being blamed for a series of fatalities in Britain.

The drug, which is a mix of heroin with fentanyl or its chemical derivative carfentanil, an opioid used by vets to tranquilize elephants, is reportedly 100 times more potent than street heroin. 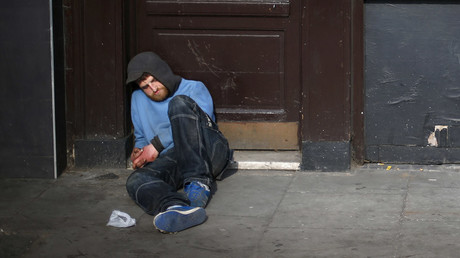 It has been responsible for some 3,050 deaths amongst heroin addicts in the US and has now apparently made its way to the UK.

On April 14, four drug users died in the Barnsley area of South Yorkshire, followed by two fatalities in Leeds and Normanton in West Yorkshire the next day.

Similar deaths were since recorded by the Humberside and Cleveland police forces.

The NCA has confirmed that the ‘Serial Killer’ drug was responsible for these fatal overdoses.

“Fentanyl and carfentanil are believed to have caused several recent deaths in the Yorkshire, Humber and Cleveland areas.”

The NCA’s confirmation comes after a police raid on a backstreet lab that was suspected of producing ‘Drop Dead,’ yet it is believed that the substance has already spread beyond Yorkshire.

Tony Saggers, chief of Drugs Threat and Intelligence at the NCA, issued a statement staying:

“The NCA’s operation with West Yorkshire Police to locate and disrupt an illicit drugs laboratory during the last 72 hours has indicated that it may be a source for the production of fentanyl and other analogues.

“In particular, we now believe UK customers beyond the north-east region are likely to have received consignments of these drugs.”

Saggers then made the “unusual step of appealing to [drug users] to be vigilant.”

“I am particularly concerned that drug dealers within established heroin markets may have purchased fentanyl, carfentanil, or similar substances from this facility. They may not know how dangerous it is, both to them when they handle it, and to their customers.

“Even in the unlikely event that users know their drugs contain fentanyl, the chances of overdosing are high.

“Carfentanil is fatal in doses as small as 0.00002g, which equates to a few grains,” the NCA report read.

A similar call was made by Rosanna O’Connor, director of Drugs, Alcohol and Tobacco at Public Health England. 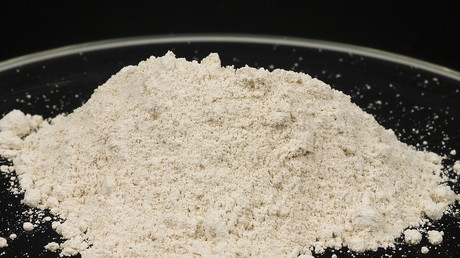 “We are urging heroin users to be extra careful about what they are taking.

“They need to look out for each other and be alert to any signs of an overdose, such as lack of consciousness, shallow or no breathing, ‘snoring,’ and blueing of the lips and fingertips.

“If possible, they should use naloxone if someone overdoses, and immediately call for an ambulance. We strongly advise all dependent drug users to get support from local drug services,” she added.

The NCA also issued a stern warning directly to the drug dealers involved in the production and distribution of the ‘Serial Killer’ drug.

“If you have invested in fentanyl to mix with heroin or other drugs, please stop immediately and reduce the risk that more people will die.

“The criminal justice implications of supplying fentanyl mixed into other drugs will inevitably be deemed as aggravating and claiming ignorance of the consequences is no defence,” the report cautioned.