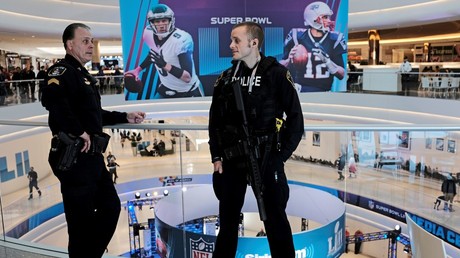 CNN scored an easy Super Bowl scoop after one of its employees allegedly stumbled on a US government study of a simulated anthrax attack targeting Sunday’s sports venue, tucked away in the seat-back pocket of a commercial plane.

Although not labeled as classified, the Department of Homeland Security draft “after-action” reports were designated “For Official Use Only” and “important for national security,” according to CNN.

The reports detailed two exercises – one in July, the other in early November – designed to test the responses of public health, law enforcement and emergency management officials to a potential biological attack targeting Super Bowl LII, which was held in Minneapolis, Minnesota.

DHS tested response to a *simulated* anthrax attack on Super Bowl Sunday. Then, someone left sensitive (draft) reports in the pouch of an airline seat, where they were found by … a CNN employee!

CNN held the story till today due to security concerns.https://t.co/peOwkMtirQ

The reports also detail how local health agencies had trouble accurately interpreting alerts issued during the exercise, and ironically, with whom information could safely be shared during such an emergency.

CNN reports that it decided to withhold disclosing its unusual find until after the Super Bowl, citing concerns from US government officials that information from the documents could jeopardize security for the event.

CNN says it was unable to verify who left the reports on the plane, but along with the “For Official Use Only” documents, its staffer found a travel itinerary and a boarding pass in the name of Michael V. Walter, a government scientist and CIA veteran in charge of BioWatch, the DHS program that conducted the anthrax drills.