Days after Donald Trump launched a bombing campaign in Syria, Republican and Democrat senators have introduced a resolution which would rein in presidential war powers.

The Authorization for the Use of Military Force (AUMF) resolution from Sens. Tim Kaine (D-VA) and Bob Corker (R-TN) would repeal broad authorizations from Congress which were approved in 2001 and 2002 for the wars in Afghanistan and Iraq. They would be replaced with new approval to go after specific “non-state terrorist groups.”

Specifically, the resolution would authorize “all necessary and appropriate force” against Al-Qaeda, the Taliban, Islamic State (IS, formerly ISIS) and associated forces. It would not, however, authorize action against a nation state. 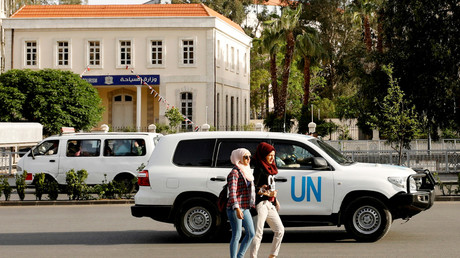 The resolution would require the president to report to Congress within 48 hours after deciding to start any new military action. Congress would then have 60 days to review the situation and remove the authority to use force if it didn’t agree.

No limit on military action is detailed in the resolution. However, a congressional review of the AUMF would take place every four years, which would allow lawmakers to restrict or expand any existing mission.

According to the US constitution, only Congress – not the president – has the right to authorize war. The president only has explicit power to initiate war without congressional approval in order to “repel sudden attacks” or to target terrorist organizations linked to the 9/11 attacks. However, many on Capitol Hill believe Congress has ceded too much of its authority over the military and is aiming to regain that control.

“For too long, Congress has given presidents a blank check to wage war. We’ve let the 9/11 and Iraq war authorizations get stretched to justify wars against multiple terrorist groups in over a dozen countries, from Niger to the Philippines,” Kaine said. The existing war powers which have been in place since 9/11 have been used nearly 40 times in 14 countries.

The Democratic senator hailed the proposal for repealing those authorizations and making Congress “do its job by weighing in on where, when, and with who we are at war.” The Senate Foreign Relations Committee is expected to consider the resolution next week.

However, former US congressman Ron Paul told RT that he doesn’t believe the resolution is the answer to America’s habit of going to war “so many times” since World War II but “never doing it properly.”

Paul said the resolution “wouldn’t slow up the effort to go to war,” but would essentially just “define things slightly differently.” He said he doesn’t believe it will pass, but if it does, “it’s more likely to make things worse for us who would like to stay out of war and to protect our liberties here at home.” 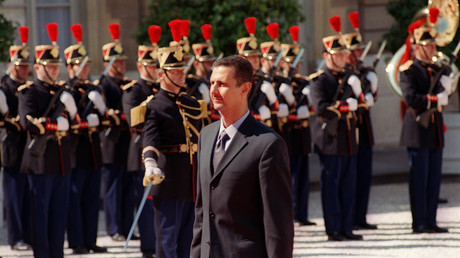 It comes just three days after Trump launched missile strikes on Syria over an alleged chemical attack which the US president blames on the government of Bashar Assad. The move has conjured up debate in Congress, with many saying he should have sought congressional approval before taking military action. They believe he stepped beyond his authority since the US was not facing a direct security risk.

“President Trump’s action still raises the constitutional question of his authority to unilaterally attack another nation without congressional authorization,” said Sen. Dick Durbin (D-IL), as quoted by AP. Sen. Mike Lee (R-UT) echoed those thoughts. “No president of the United States, no matter party or political ideology, has the authority to unilaterally start a war,” he said.

Still, others in Congress believe Trump was perfectly within his rights to take action, including House Speaker Paul Ryan. Senate Majority Leader Mitch McConnell (R-KY) also supports the action, saying it was “time to act.”

Trump, along with the UK and France, launched strikes on Syria despite a lack of evidence that Assad’s government was responsible for a chemichemical attack. The powers refused to wait for the results of an official Office for the Prohibition of Chemical Weapons (OPCW) investigation before taking action, a move which has been criticized by Russia.

The strikes also came despite the Russian military traveling to the scene of the alleged attack and finding zero evidence of a toxic agent. Moscow has stated that the so-called attack – which was first reported by the controversial White Helmets – was staged.

“We have not just a ‘high level of confidence,’ as our Western partners uniformly put it; we have irrefutable proof that there was no chemical attack in Douma on April 7,” Russia’s Ambassador to the Organization for the Prohibition of the Chemical Weapons Aleksandr Shulgin said at a special meeting of the UN chemical watchdog’s executive council. The diplomat added that the incident had been a “pre-planned false-flag attack by the British security services, which could have also been aided by their allies in Washington.”