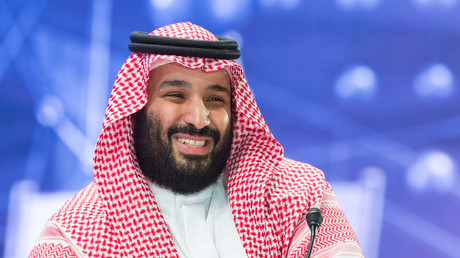 In a rare bipartisan effort, the senior Republican and Democrat on the Senate Foreign Relations Committee have both asked President Donald Trump to launch a human rights probe into Saudi Crown Prince Mohammad bin Salman.

In a letter penned by the outgoing chairman of the committee, Senator Bob Corker (R-Tenn.) and ranking member Bob Menendez (D-N.J.), lawmakers urge Trump to determine whether Mohammed bin Salman (MBS) bears responsibility for the torture and brutal murder of Washington Post columnist and Saudi citizen Jamal Khashoggi in the Saudi consulate in Turkey in October.

Corker and Menendez cited a provision of the Global Magnitsky Human Rights Accountability Act, an expanded version of the 2012 Magnitsky Act, that allows the US government to sanction foreign officials alleged to be complicit in human rights abuses whenever they have been committed.

The act requires that the president report back to the committee “within 120 days with a determination and a decision on the imposition of sanctions on that foreign person or persons,” the lawmakers said in the letter.

The call for Trump to thoroughly examine the role of the Saudi heir in the journalist’s brutal murder, which the Saudis blamed on a rogue intelligence operation, comes after Trump put out a statement in defense of Riyadh.

Admitting that “it could very well be that the Crown Prince had knowledge of this tragic event,” Trump vowed that the US would remain a “steadfast partner” of Saudi Arabia, stressing the economic importance of the US’ lucrative arms deals with Riyadh and highlighting the kingdom’s role in the region as a counterweight to Iran.

The statement has sparked an outcry among  Trump’s opponents, who have compared him pardoning the Thanksgiving turkey to “pardoning” the Crown Prince over what Trump himself called an “unacceptable and horrible crime.”

Bernie Sanders labeled Trump’s statement “rambling and dishonest.” The veteran senator from Vermont argued that Trump has wrongfully blamed Iran for the protracted Yemen war, noting that “the Saudi-led coalition has caused the most destruction so far.”

Today President Trump, in a rambling and dishonest statement, tried to defend the despotic Saudi regime and cast doubt on the CIA’s conclusion that the crown prince was personally involved in the murder of Jamal Khashoggi.

Senator Dianne Feinstein (D-California) said that she would vote down any future arms deals with the Saudis, adding that the US should consider sanctions against the kingdom.

I’m shocked that President Trump said there will be no punishment for Crown Prince Mohammed bin Salman for the killing of Jamal Khashoggi. https://t.co/WTG14cKHGt

Several Republican lawmakers also joined in the criticism, with Corker leaving a stinging rebuke to the president’s lukewarm response to the atrocity on Twitter, accusing the White House of working as a PR agent for the Saudi royals.

I never thought I’d see the day a White House would moonlight as a public relations firm for the Crown Prince of Saudi Arabia. https://t.co/MQ4JsoQtqk

Republican Senator Lindsey Graham, who has become on the most vocal pro-Trump voices within the GOP, also cautioned Trump against cozying up to the Crown Prince who he called “beyond toxic.”

While Saudi Arabia is a strategic ally, the behavior of the Crown Prince – in multiple ways – has shown disrespect for the relationship and made him, in my view, beyond toxic.

Last week, the Trump administration sanctioned 17 Saudi individuals believed to be directly responsible for Khashoggi’s death, including the alleged leader of the 15-man hit squad. The Saudi authorities, meanwhile, insist that MBS was unaware of the plot and vow to punish everyone involved. Five of Khashoggi’s alleged killers are facing the death penalty in Saudi Arabia.