The Senate has passed a bill aimed at combating the influx of synthetic opioids into the US, as the nation grapples with soaring overdose rates.

The ‘Synthetics Trafficking and Overdose Prevention’ Act, or STOP Act, was passed with a 99-1 vote on Monday, almost one month after President Donald Trump demanded the flow, via the postal system, of synthetic opioids –such as the deadly painkiller Fentanyl– into the US be stopped. Trump has repeatedly called for action to combat America’s opioid crisis, and has called foreign Fentanyl shipments from China “a form of warfare.”

It is outrageous that Poisonous Synthetic Heroin Fentanyl comes pouring into the U.S. Postal System from China. We can, and must, END THIS NOW! The Senate should pass the STOP ACT – and firmly STOP this poison from killing our children and destroying our country. No more delay!

The bill requires that all packages entering the US include electronic data on what’s inside, who shipped it, and from where. It also funds treatment programs, and changes certain laws to make addiction-fighting medicine more widely available.

The bill will now need to return to the House, so that representatives can approve changes made in the Senate. However, with each passing day, more Americans die of opioid overdoses. 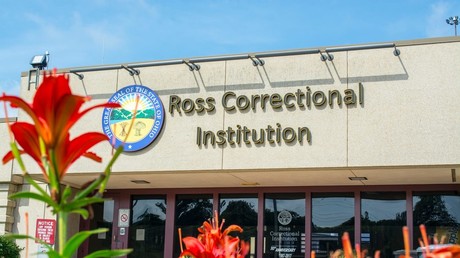 The Centers for Disease Control and Prevention (CDC) reported 72,000 deaths by drug overdose last year, or 200 per day, up from 64,000 the year before. At least two thirds of these overdoses were linked to opioids. Drugs killed more people in 2017 than guns, car accidents, and the Vietnam and Iraq wars combined.

While death rates have fallen by a fraction in 2018, the situation on the ground remains dire. On the day of the STOP Act was passed, New York City reported a record number of overdose deaths in 2017. Across the country, the situation is much the same.

A powerful painkiller, Fentanyl is between 50 and 100 times stronger than morphine. Heroin dealers take advantage of its low cost and use it to ‘cut’ batches of heroin. The roots of the opioid crisis can be traced back to before the influx of Fentanyl, however. From the 1990s onwards, pharmaceutical lobbying and marketing led to the overprescription of opioid-based painkillers such as oxycodone. Powerful and highly addictive, oxycodone picked up the nickname ‘hillbilly heroin,’ and hordes of users were left with no choice but to move on to harder drugs when their tolerance increased or their prescriptions ran out.

Nowhere was the effects of the opioid crisis felt harder than in Appalachia, a former mining region and bastion of support for Trump in 2016. From Pennsylvania down through the Virginias, poor communities have been ravaged by opioid abuse. In the small town of Huntington, on the border of West Virginia and Ohio, local authorities registered 26 overdoses in one four-hour period in 2016. Fentanyl-laced heroin was blamed, and the dealer responsible was sentenced to over 18 years in prison last year.

Huntington’s poverty rate is over twice the national average, at over 30 percent, and median household income in the town is $29,800, almost half the national average of $59,000. Health workers there find themselves treating the same patients over and over again, seemingly unable to break the cycle of addiction.

“It’s frustrating when you see the same patients that you’ve tried to help any way you can over and over,” Doctor Beth Toppins wrote in the Journal of the American Medical Association (JAMA). “It’s also really frustrating when you have a patient that comes in and they’re blue and they’re not breathing and you perform these life-saving measures only for them to wake up and curse at you, spit at you and leave.”

Huntington’s first responders too have found themselves overwhelmed by the cirsis. This June, the town’s police and fire departments announced they would stop responding to callouts for non-life-threatening overdoses, as doing so was “not an efficient use of resources,” according to police chief Hank Dial.

All branches of the emergency servies in Huntington already carry naloxone, or Narcan, a medication used to block the effects of opiates and revive overdose patients. Such is the scale of the problem that many callouts only involve administering Narcan, and thus do not require police or fire personnel.

Monday’s bill is not going to stop the opioid crisis by itself. Earlier this year, a panel of experts consulted by the New York Times warned that solving the problem will likely take hundreds of billions of dollars and several decades.

Until then, the STOP Act was broadly welcomed by US lawmakers and, highlighting the scope of the problem, will likely be approved by the House with little trouble.