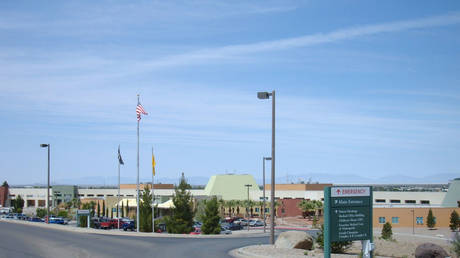 An eight-year-old boy from Guatemala has died at a detention facility on Tuesday night, the U.S. Customs and Border Protection has confirmed. This is the second immigrant child this month to die in custody.

The agency said that the boy had shown “signs of potential illness” Monday and was  diagnosed with cold and fever in a hospital in Alamogordo, New Mexico, where he and his father were taken. He was given medication and released, only to return that evening with nausea and vomiting.

He died after midnight on Tuesday. CBP officials have said the cause of the death is not yet known.

Also on rt.com
Officials’ fault or parents’ neglect? 7yo migrant child dies in custody after crossing US border


A seven-year-old Guatemalan girl Jakelin Caal died in US border patrol custody, shortly after being detained in early December.

The child had seizures and a fever, and was flown to the hospital, where she went into cardiac arrest and died. Dehydration, septic shock and fever were said to be the likely causes of her death.

The girl’s remains were then returned to her family’s remote village in Guatemala.