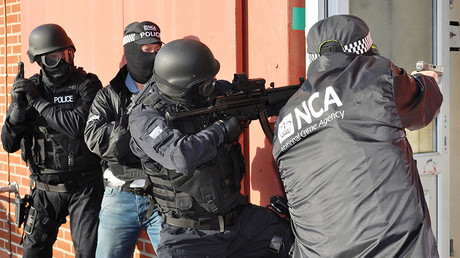 Schools across the UK have received “distressing” bomb threats via email for the second time in less than a month. The messages prompted a National Crime Agency (NCA) probe into the menacing messages.

The agency is looking at emails sent to schools in the West Midlands, Middlesex, Uxbridge, Warwickshire and London. Selly Park Technology College, Birmingham, has been evacuated as a precaution. Fairholme Primary School in Feltham told parents the school would be closed on Tuesday due to a threat.

A statement released by the NCA said: “We are aware of a number of threatening emails being sent to schools and are investigating alongside partners.

After evacuating the premises following a threat received this morning to a number of schools, and following advice from the police, we have reopened the school. The day will finish at 15:05 as normal. Thank you to all our staff, pupils and parents for their calm cooperation.

“We understand that these types of emails can be distressing and while we take the communications extremely cautiously, we must stress there is no credible threat. We would ask that anyone receiving such an email contact their local police.”

@NCA_LynneOwens School in @LewishamCouncil , London, has just received tonight another (hoax) bomb threat for tomorrow. This one, however, claims to be from your email address at NCA! Just thought you should know

Schools in London, Yorkshire, Humberside, Northumberland, the West Midlands, Lincolnshire, Gloucestershire, Bristol, Bedfordshire, Manchester and Liverpool were among those targeted.

Sky news revealed later that day emails had been sent by players of the videogame Minecraft, who reportedly felt they had been unfairly harassed by other users.

They sought to make the threat look like it had been sent from a player-versus-player server in a bid to drive the game out of circulation.

It is unclear whether the latest threats contained any requests or how many schools received them.