Vermont Senator Bernie Sanders has requested the US Department of Justice and the Federal Trade Commission open investigations into “potential coordination” by drug-makers Eli Lilly, Sanofi, and Novo Nordisk in raising insulin prices.

In a letter sent Thursday to US Attorney General Loretta Lynch and FTC chair Edith Ramirez, Sanders and Elijah Cummings — the top Democrat on the House Oversight Committee — offered evidence that the three companies “who make different versions of insulin have continuously raised prices on this life-saving medication” even though the patent on insulin expired decades ago, and that “price increases have reportedly mirrored one another precisely.”

Insulin is used to treat diabetes, a set of diseases that has quadrupled across the world in the last 35 years, according to the World Health Organization. Nearly 30 million Americans live with with diabetes, and many need insulin to survive. Diabetes costs in the US reached $322 billion in 2012, the letter claimed.

“We have also heard from our constituents that the life-saving insulin they need is increasingly unaffordable,” Sanders and Cummings wrote. “About six million Americans use insulin, and for many patients, switching between insulin brands can be difficult because the medicines are not completely interchangeable.”

People are dying or getting sicker because they can’t afford their insulin, just so Eli Lilly and Novo Nordisk can make outrageous profits. pic.twitter.com/5bpwnR2jJ2

Only three companies — Eli Lilly, Novo Nordisk, and Sanofi — make insulin worldwide and often insist they do not completely control costs. Yet analysts of the industry have said“evergreening” — or slight modifications to drugs that help maintain patients’ business while keeping generic drugs at bay — and steep price hikes have occurred for decades.

“We strongly disagree with the accusations in the letter,” said a spokesman for Eli Lilly, which sells Humalog and Humilin, according to PBS. “The insulin market in the US is highly competitive.”

A Novo Nordisk spokesman told PBS “we set price for these life-saving medicines independently and then negotiate with payers and [pharmacy benefit managers] to ensure patients have access to them. We stand by our business practices.”

A Sanofi spokeswoman said the company “sets the prices of our treatments independently.”

The three companies have raised insulin prices steadily in recent years, according to Kasia Lipska, an endocrinologist at the Yale School of Medicine. 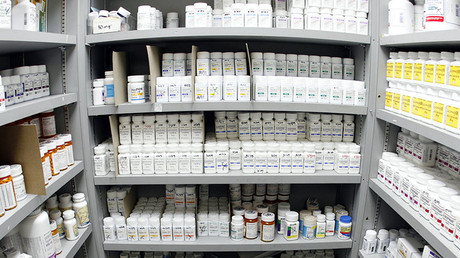 Cummings and Sanders — a former Democratic presidential candidate who challenged rival Hillary Clinton’s relationship with pharmaceutical corporations during the primary campaign — alleged that not only have insulin prices skyrocketed, but that the few companies who effectively have the insulin market cornered have colluded in those price hikes. They cited research that found 13 instances since 2009 in which Lantus and Levemir increased within tandem within the US.

“From 2014 to 2015, the price of both Sanofi’s Lantus and Nove Nordisk’s Levemir reportedly went up by 29.9 percent, and each drug had a wholesale price of precisely $29.82 per milliliter,” the letter says.

“We are concerned that the potential coordination by these drugmakers may not simply be a case of ‘shadow pricing,’ but may indicate possible collusion, and we believe this egregious behavior warrants a thorough investigation,” the letter stated.