Samantha Cameron, wife of former UK Prime Minister David Cameron and daughter of a multi-millionaire aristocrat, says she has no “disposable income” to afford designer clothes while juggling a mortgage and childcare costs. 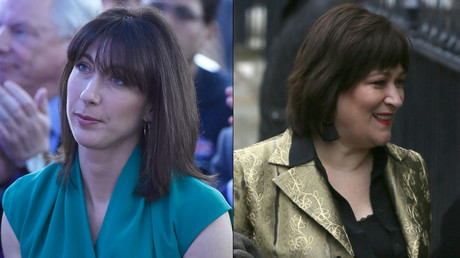 The mother of three said it was a lack of funds for haute couture clothing which inspired her to launch her own fashion label, Cefinn, which is named after the initials of the Camerons’ four children.

Despite Cameron’s lack of “disposable income,” the clothes are not cheap, with the average dress costing £260 ($337).

The label came out of a “very personal need,” Cameron told an audience during an appearance at the FoundHER Festival for women entrepreneurs on Wednesday.

“I had been working in the luxury/fashion business for a long time and didn’t have disposable income, with childcare and mortgage etc, to buy designer clothes.

“But obviously, working in the fashion industry, I wanted to find workwear and daywear that had a bit of a fashion edge, that felt a bit cleaner, younger, more modern than what was available.

“So it was a feeling that there was a gap in the market.”

Cameron said she had endured sleepless nights and “answering emails at 4 o’clock in the morning” as she launched the label, with the website going live in February. 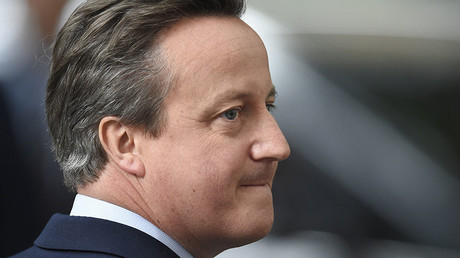 “It’s been incredibly hard work, and frightening… in the beginning it’s tough, you’re doing it on your own and it’s kind of lonely.”

Cameron, 46, sparked outrage last year when it was revealed that taxpayers were paying for her to have a “special adviser” to help her with her social diary and fashion style. The aide, normally a position for people who help government ministers, received up to £53,000 for advising Cameron.

The fact that Cameron, whose husband recently spent £25,000 on a “luxury hut” for his Cotswolds garden, lacks disposable funds will come as a surprise to many.

The former PM’s historic tax return published in April last year showed that he had no fewer than six sources of taxable income, including his £140,000 salary as prime minister, rental income from his £2-million home in Notting Hill, interest on savings, and dividends from shares.

His wife also hails from an affluent background. She is the elder daughter of Sir Reginald Sheffield, 8th Baronet and a direct descendant of Charles II. She attended the prestigious School of St Helen and St Katharine, which is an independent private school for girls in Abingdon.