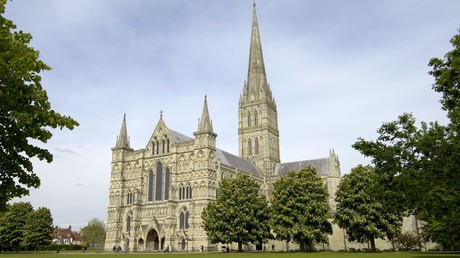 Salisbury city center was put under lockdown after a “suspicious package” allegedly containing white power was sent to an office in the Wiltshire city.

The city was evacuated while police probe the package that was reportedly delivered to an office on Milford Street at around 11am on Friday.

A Wiltshire Police spokesperson said: “Following on from the news of a suspicious package at an address on Milford Street, our colleagues at the fire service have attended the scene and have confirmed the package is not suspicious.

“The package, which was reported to have contained a suspicious substance, has been tested and found to contain a food type substance and there are no concerns,” they said, according to the Sun.

At least 12 emergency vehicles, including fire engines, ambulances and police cars, were sent to the location where the package was delivered, the Daily Star reports.

Police also confirmed the incident was not related to the Skripals attack.

Salisbury is the location where former Russian double agent Sergei Skripal and his daughter Yulia were found slumped on a bench after being attacked with a military grade nerve agent.