The majority of London knife crime is no longer related to criminal gangs, the head of London’s police force has said.

An investigation found that young people in the city increasingly carry knives for security, status, and criminal aims outside of gang-related activity.

Met Police Commissioner Bernard Hogan-Howe said that the trend, though very real, was changing due to efforts by the capital’s new Labour Mayor Sadiq Khan.

Hogan-Howe was speaking at London’s first knife crime conference, which was called by Khan and held on Thursday.

“By and large, it used to be gang members, but that’s not the case now. We’ve seen an increase in the number of other young people carrying knives, young people with no links to gangs,” he told the audience. 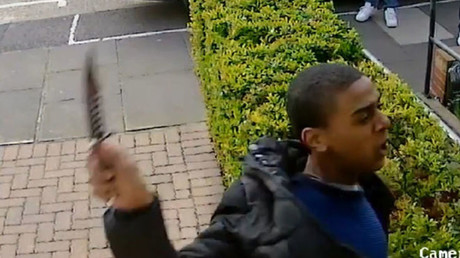 He said that “some 75% – three quarters – of all knife injuries among the under-25s are not gang-related,” though he conceded that the other remaining 25 percent – “around 450 offences in the last year” – were carried out by gangs and tend “to be more serious, gang members remain the most dangerous knife carriers, but the changing trend is clearly a concern.”

He said that as far as the police could determine from suspects, the main reasons among the other 75 percent were “self-protection, status, protecting criminal interests – such as a drugs business – and a culture of fear.

“This can be a self-fulfilling prophecy where young people equip themselves with a knife and in doing so significantly up the ante of their chances of becoming a knife victim.”

Khan also spoke at the event, telling community leaders and public figures that the rising figures “are absolutely unacceptable to me as mayor, as a Londoner, and as a father of two teenage daughters growing up in our city.”

“There can be no hiding the fact that knife crime is a growing threat,” he said.