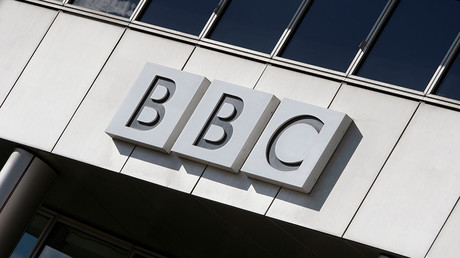 The political editor of BBC’s Newsnight casually reported an anonymous British government minister telling him Russia is waiting until after the World Cup before going “after” the UK using “warfare through the internet.”

The striking thing is that the comment came at the end of an interview about Britain’s policy towards Moscow, with the casual nature of the reporting suggesting that potentially dangerous scaremongering about Russia has created a situation where a government minister can accuse Moscow of anything, however serious, and reporters from the BBC will report it.

Here is what Nick Watt said: “I was talking to one minister who said that things are sort of eerily quiet on the Russian front, and what this minister said is that Moscow is biding its time for the World Cup, let that happen, and then, this minister said Russia will be after the UK.  Not through traditional warfare, but through warfare through the internet. And this minister, who would know Russian capabilities said, for example, they have the ability and may well decide for example to stop the city of London functioning.”

Presenter Evan Davis didn’t appear to think it was worth pushing Watt on the fact he had just aired accusations that Moscow could essentially decide to threaten the entire global financial system by targeting its main hub. Of course, only once the World Cup was over.

Pretty chilling stuff from Nick Watt on #Newsnight about Russia. They will coming for us after the World Cup apparently.

It’s also worth putting into context that this was the final answer in a longer interview about Russian billionaire Roman Abramovich’s delayed visa, exemplifying the very definition of burying the lead.

This single quote suggests Russia has now become so demonised, that huge claims can be made about it without what would be considered basic journalistic scepticism or rigour. The BBC, which is supposed to hold government to account, instead casually reports accusations of “warfare” being planned, but is not willing to even name the minister making them.

At no point on Newsnight did anyone pose the question whether it would be in Russia’s interests to threaten a global financial system in which it is entwined, or whether the Kremlin might consider the likely backlash of launching something as provocative as this undesirable.

Kremlin watchers would be extremely curious to meet the British minister that “would know Russian capabilities” and apparently what Moscow is planning. In fact, it would be fairly easy to make a shortlist of hawkish anti-Russian ministers at this point, although perhaps harder to narrow them down to the ones that actually know what’s going on.

Ironically, the feature directly following the comments from Watt was with a Russian woman who lives and works in the UK. She was asked whether she is concerned that “all Russians are being tarred” by the current accusations. It turns out that yes, she is concerned, and she may well have been concerned about what she just heard on the BBC’s flagship new show.