The first interim report by the US Senate Intelligence Committee on alleged Russian meddling in the 2016 presidential election found no evidence of votes being manipulated by Russia’s alleged ‘malicious’ activity.

In its preliminary report released on Tuesday, the committee claims that the so-called “actors affiliated with the Russian government” interfered with voting systems in at least 18 states, and probably in three more. The report is a result of more than a year-long investigation into the alleged Russian effort to “sow discord” within American society and erode trust in its democratic institutions. 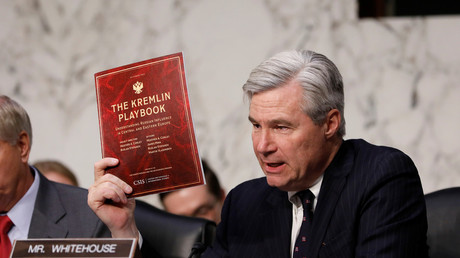 “Almost all of the states” that the report says were targeted by a Russia-masterminded cyber operation were subjected to “vulnerability scanning directed at their Secretary of State websites or voter registration infrastructure,” the report states.

In six of the states, which were not specified in the report, the supposed “Russian actors” tried to gain access to voting-related websites. In a few states, according to the report, they succeeded at the task, breaking cybersecurity defenses. Additionally, “in a small number of states,” the alleged perpetrators “were in position to, at a minimum, alter or delete voter registration data.”

However, this malicious cyber activity, supposedly orchestrated by the Kremlin, did little to no damage to the integrity of the US elections, as the Committee says “it has not seen any evidence that vote tallies were manipulated or that voter registration information was deleted or modified.”

Since actions by ‘Russian hackers’ in no way affected the final outcome of the vote, the committee struggled to find a plausible motive for the Russia-linked operatives to invest a plentitude of resources into the large-scale meddling campaign to effectively receive nothing in return.

Faced with this logical challenge, the committee decided that Moscow sought to penetrate the US electoral system, gearing up for potential attacks in the future. 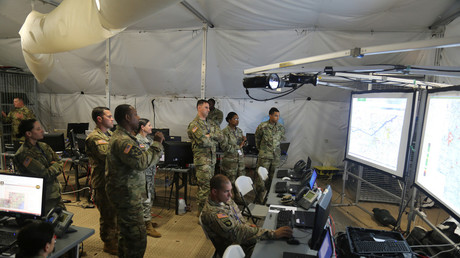 “The Committee does not know whether the Russian government-affiliated actors intended to exploit vulnerabilities during the 2016 elections and decided against taking action, or whether they were merely gathering information and testing capabilities for a future attack,” the report states.

It has also laid out recommendations for state authorities on how to enhance election security, while calling the Department of Homeland Security’s initial response “inadequate.” Part of the problem, the committee determined, was the lack of coordination between state election officials and the Department. Only in September 2017, almost a year into the Russia meddling investigation, did it notify the chief election officials of the attacks and their supposed perpetrator directly, the report states.

The interim report is the first of four papers to be released by the Committee in regard to the Russia investigation. The next report, to be published next week, will be focused on the Senate Intelligence Committee’s assessment of Russia’s actions, while the other two will revolve around the Obama administration’s actions and the role of social media. The final report is expected to come out in the fall.