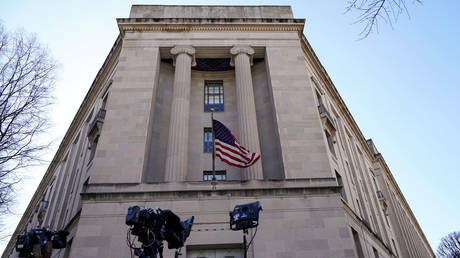 Media and politicians who’ve spent about two years anticipating Robert Mueller’s probe and to kick Donald Trump out of the White House, seem to have survived the first shock of its mundane end, but believe their fight is not over.

The Special Counsel sent his report to the US Attorney General on Friday. Although the results are still not known to the public, it’s been leaked that it contains now new indictment. The news seemed to have sent mainstream media and pundits into disarray, and even drove some to tears.


However, by Saturday they all seemed ready for a new fight, brandishing statements and casting headlines that it is not over.

CNN has published a lengthy piece in the wake of the probe’s conclusion, which revolves around one simple idea: Trump’s ordeal is far from over. “If there is not legal liability for the President or his family in the Mueller report, it could still inflict significant political damage,” it said, all the while assuming that Mueller might have just failed to put paid to “the tradition that a sitting President can’t be indicted.”


CNN also rushed to say that, regardless of its content, Mueller’s report would fail to exonerate Russia from meddling accusations, just as it was unlikely to stop a barrage of accusations against Trump. “Whatever Mueller’s report says, the question of Russia’s assault on the last presidential election will stain the next one in 20 months,” the piece predicts.

The New York Times, meanwhile, cheered up Trump’s critics by saying that, even though it was over, the Mueller probe has given rise to a “dozen other investigations” that would definitely ensure a “legal threat” would “continue to loom over the Trump presidency.”

Robert Mueller’s inquiry may be over, but prosecutors across the U.S. are pursuing about a dozen other investigations that largely grew out of his work, all but ensuring that a legal threat will continue to loom over the Trump presidency. https://t.co/9lTcE6XSOI

This idea was shared by Senator Richard Blumenthal (D-CT), who also said that “there are obviously other investigations that have been spawned and spun off by the facts in evidence that Robert Mueller has found.” “I think there is a high likelihood that there are indictments in this president’s future,” he added.

Across the pond, Britain’s The Guardian meticulously recycled all past speculations about the “secret” meetings of Trump’s inner circle members and alleged “Kremlin agents,” as well as “security communication channels” supposedly established at the Russian embassy at the behest of the Trump administration, while also pondering how the probe might have come to end with nothing.


The paper then suggested that Mueller might have simply referred all future criminal cases “to other prosecutors.” “It is also still possible his report will be damning, establishing collusion or obstruction of justice in the court of public opinion if not a court of law, fueling demands for Trump’s impeachment and mortally wounding his chances of re-election,” the Guardian wrote.

Some ardent Trump critics apparently found an easier way to deal with this situation. Comedian Bill Maher simply said that the results of the probe change nothing and he still considers Trump to be a “traitor” – simply because he “has a TV.” Maher also assumed that the Democrats might be putting “too much trust” in the report, which does not look good for his liking.

The fresh assault by the Trump-bashers has sparked a backlash from some of the president’s supporters. “The American people know what a politically-motivated smear campaign looks like, and that’s exactly what this is,” a GOP chairwoman, Ronna McDaniel, wrote in a Twitter post.

Democrats like Adam Schiff have already moved from crying collusion to arguing that the Mueller Report is just the beginning.

Give me a break.

The American people know what a politically-motivated smear campaign looks like, and that’s exactly what this is.

Some of them, however, preferred to attack the probe itself. Former Trump adviser Sebastian Gorka even compared Mueller to convicted Boston gangster ‘Whitey’ Bulger – once the second listed fugitive on the FBI’s Most Wanted list.

“Rod Rosenstein and Barack Obama cronies just spent $30 Million of your money to put Manafort in prison for mortgage fraud. ‬Congrats Bob ‘Whitey Bulger’ Mueller and the rest of the demented and un-America Collusion Truthers,” he wrote in Instagram.

Fox News, meanwhile, went even further and questioned the whole Mueller probe, as well as the entirety of the final report, by saying that the whole investigation process was “flawed from the beginning” and the report should be flat-out rejected, regardless of its content.