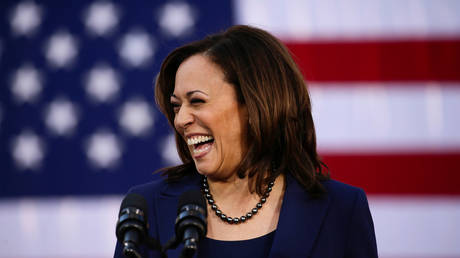 A California senator and media-appointed frontrunner for the 2020 Democratic nomination has finally managed to unravel the conundrum of so-called Russian ‘interference’ in the 2016 election — it’s so simple you won’t believe it.

Tweeting out her discovery, Kamala Harris explained that Russia was “able to influence” the last presidential election because it “figured out” that “racism, sexism, anti-Semitism, homophobia, and transphobia are America’s Achilles heel.”

Armed with this top secret information, Russia was “able” to turn Americans against each other in a way never before seen in history (if you conveniently forget most of history, that is).

Russia was able to influence our election because they figured out that racism, sexism, anti-Semitism, homophobia, and transphobia are America’s Achilles heel. These issues aren’t only civil rights — they’re also a matter of national security. We have to deal with that.

Now, you might be thinking, if it was that easy for the Russians to take a glimpse at the various domestic tensions plaguing the US in 2016 and then use the information to (allegedly) throw an election, why didn’t the Kremlin act before now? Surely, if it was so simple, Russia could have been choosing US presidents for decades?

so you’re saying that after 400+ yrs of slavery/oppression, Russia ONLY NOW decided to use racism to influence a US election?

or from another angle, you’re saying at no other time could #ADOS figure out racism was bad until Russia✌🏾intervened✌🏾in the 2016 election? #GirlBye👋🏾

Harris’s tweet was hailed as “important” and insightful commentary from some of her supporters and Russia-obsessed journalists, but was instantly mocked by more skeptically-minded individuals, some of whom took issue with the premise that Russia had affected the 2016 election at all.

a little confused about Russian influence. I wasnt contacted by the kgb and told how to vote. How did Russia really affect our election? Were there THAT many people that weren’t capable of making their own decision?

Please let know which planet you are broadcasting from.

None of the Conservatives I’ve worked with ever said they were influenced by Russia. They just couldn’t stand Hillary Clinton🤷🏾‍♂️. Still waiting on that explanation on exactly how Russian influence made me NOT vote for Clinton🤔

Others joked that they thought hatred and prejudice had never existed in the US prior to Russia’s “intervention.” Some also suggested that the focus on Russia was a way to distract from the fact that Democrats lost the last election because Hillary Clinton ran a flawed campaign, rather than because of anything to do with Russia.

I am confused. All along I thought that all those prejudices and forms of hatred never existed in the US prior to Russian intervention in the last presidential election in order to prevent the victory of Hillary. https://t.co/LcZCETGSGs

The lengths that Democrats will go to in order to refuse to acknowledge a basic fact — they ran a flawed campaign that failed to convince enough voters in the key swing states — is jaw dropping, and a bad sign for 2020. https://t.co/7Lhpo2izVc

Some people also took offence, as Harris’s comment appeared to be insulting Americans, implying that they are so “stupid” that “a bunch of Russians” can easily manipulate them on social media.

‘I want to lead this nation filled with racist, sexist, jew hating homophobes! Also, you’re so stupid a bunch of Russians can manipulate you!” https://t.co/tAHFyCIFra

Our Achilles heel is that over 60k people read this foolishness and thought, “Yeah, right on!”