Three of Theresa May’s cabinet underlings are reportedly plotting to replace her, with each seeking money for a leadership bid. The reports have led some to ask: is this all the Tories can offer?

The three cabinet members all come with unique baggage which in the eyes of many would make them wholly unsuitable for the Tory leadership. 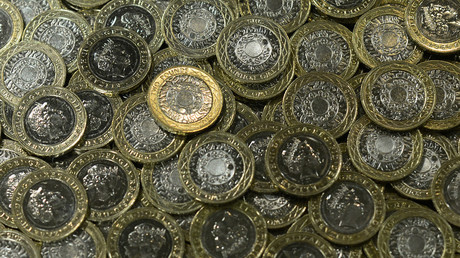 Gove once said of himself: “whatever charisma is, I don’t have it.” What he does reportedly have are the largest funds for a tilt at Downing Street, allegedly setting aside £31,000 (US$43,000) in nine months. Gove has been accused of conspiring behind his peers’ backs before. During the 2016 Tory leadership race, the former justice secretary stabbed one-time ally MP Boris Johnson in the back, when he publicly denounced Johnson’s suitability for leadership on live television. Gove then launched his own doomed bid for the top job. He was eliminated in the first round.

Gove was at it again earlier this year. On two occasions he refused to rule out fielding himself for a Downing Street contest, while claiming May is a “brilliant” leader.

Beleaguered Home Secretary Rudd reportedly trails narrowly behind Gove, as her donations are said to amount to £23,500. Rudd – once a favorite to be future Tory leader – is now fighting for her political life. The home secretary has faced accusations by Labour MP David Lammy of being a liar and misleading Parliament in the fallout of the Windrush immigration scandal. Calls for her resignation continue amid a scandal which has seen Commonwealth citizens stripped of their rights. 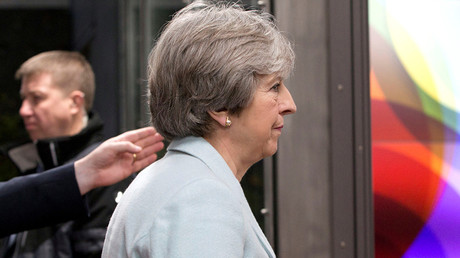 Despite this, Rudd apparently maintains a fundraising operation. The Sun reports she allegedly prepared a secret fundraiser where donors paid £2,000 each and she was courting up to 80 Tory MPs to ensure she would have their backing if there were to be another race to N.10. At this point though, she’s struggling to keep her current job.

Defence Secretary Williamson is the third minister apparently preparing a bid, and is said to have stashed up to £10,000 in an attempt to replace May. The South Staffordshire MP’s meteoric rise has shocked those inside and outside the Tory party, with some claiming he was rewarded with his defense brief after assuring May’s victory in her own leadership bid and helping to prop up her minority government. Now the ambitious but inexperienced Williamson reportedly has his eyes on his boss’s job.

Conservative MP Nigel Evans suggested that the three politicians give the donations to the Conservative Party to make things right, rather than attempt to oust May.

“I hope war chests are not being raised for any future leadership election plans,” he said. “Some people may suspect so and so the best antidote would be for these funds to be donated to the central party to help elect loyal MPs at the next election to give Theresa May the majority she deserves.”