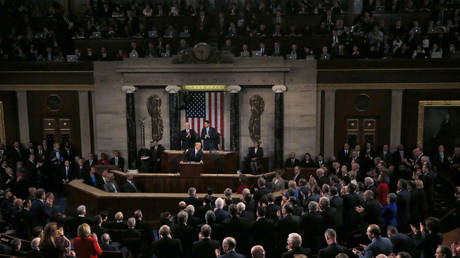 President Donald Trump is giving his second State of the Union address before a joint session of Congress, just two weeks after ending the longest government shutdown in US history.

The address, originally scheduled for January 29, was postponed due to the government shutdown after House Speaker Nancy Pelosi threatened a legislative maneuver to block the president from speaking in the House Chamber.

The US president’s special guests include a boy bullied because of his last name, a Holocaust survivor who also witnessed the Tree of Life synagogue shooting, family members of a Nevada couple killed by illegal immigrants, a recovering opioid addict, and a Department of Homeland Security agent. Some House Democrats have threatened to boycott the address, for a second year in a row.