Revered by many on the left in Britain, including Labour leader Jeremy Corbyn and Shadow Chancellor John McDonnell are Karl Marx’s ideas still relevant today, 200 years after he was born?

Corbyn describes the German economist, philosopher and revolutionary socialist as a “great economist,” while McDonnell says there is “a lot to learn” from Marx’s seminal piece of work, ‘Das Kapital,’ which critiqued the political economy.

Are these two old British socialists wallowing in times gone by, which has no relevance in today’s high tech society – or can we apply Marx’s ideas to a 21st century setting? Francis Wheen, author of ‘Karl Marx,’ argues the case that he has never been so relevant, saying: “In ‘Das Kapital,’ he has so many ideas about alienation and how work turns people into machines. If you look at an Apple production line in China, you would not see him as outdated.”

Journalist Paul Mason is a self-described “radical social democrat who favors the creation of a peer-to-peer sector (co-ops, open source etc.) alongside the market and the state, as part of a long transition to a post-capitalist economy.” He’s a key ally of the Labour leadership and left-wing organization Momentum, having spoken at many of their events including ‘The World Transformed,’ which runs parallel to the Labour Party conference. He wrote the book ‘PostCapitalism’ in 2015, which prompted The Guardian to conclude that “Mason is a worthy successor to Marx.”

He may not be an “orthodox Marxist” but instead one who “argued that information overload would ultimately destroy capitalism by dispersing knowledge among the workers,” David Runciman suggests.

Like Marx, Mason foresees the collapse of capitalism “under the weight of its own internal contradictions,” as Chris Mullin, a former Labour MP for Sunderland South, puts it. Mason explains that unsustainable levels of personal and national debt, along with the rise of technology, will erode the market and property rights, destroying connections between work, wages and property. 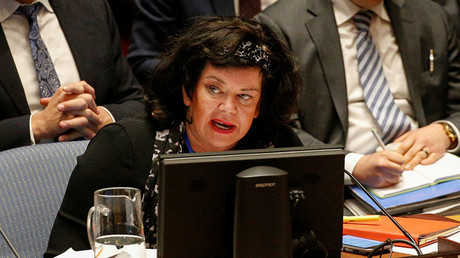 Author of ‘Fully Automated Luxury Communism: A Manifesto,’ writer and broadcaster Aaron Bastani suggests that today’s era of political polarization and revolution in technology has revived big ideas that originate from Marx. He says “Marxism is pivotal to left-wing thought.”

Bastani has been one of the pioneers within the left-wing media news outlets to cause a stir on social media, particularly with his YouTube videos. He argues that, in a climate of political turbulence and economic uncertainty, there has been a lack of solutions.

Within that lack of solutions, Bastani hints, Marx’s big ideas can help bring new insights, saying: “He may have been born 200 years ago, but his key insights – a materialist view of history and a grasp of capitalism as an inherently limited system – remain invaluable.”

Based at the City University of New York, the distinguished Professor of Anthropology and Geography David Harvey is said to be a highly influential proponent of Marx, and is often cited as being responsible for many people’s first engagement with Marx’s ‘Das Kapital’ through his free online video lectures. Harvey wrote ‘Companion to Marx’s Capital’ in 2010. It is seen by many on the left as a foundational book to more radical ideas that have influenced left-wing movements in the UK and stateside.

Just as Labour’s leadership have been highly critical of what they see as neo-liberalization in Western societies, such as Britain, dominating the political landscape for the last 40 years, Harvey has been equally scathing, remarking: “Neo-liberalization has meant, in short, the financialization of everything. There was unquestionably a power shift away from production to the world of finance.”

Harvey suggests that it has only emboldened and given growth to an economic elite: “Neo-liberalization has not been very effective in revitalizing global capital accumulation, but it has succeeded remarkably well in restoring, or in some instances (as in Russia and China) creating, the power of an economic elite.”