In the new RT documentary Coups R US, prominent American journalist Stephen Kinzer examines the rationale and impact of Washington’s interventions, from complacent colonialism in Hawaii to regime change in Libya.

“There are three stages. In the first one, the government that we don’t like shows bad faith by bothering an American company. Then we convince ourselves that this country is our geo-political enemy. And we sell the intervention as humanitarian intervention,” says Kinzer, who currently lectures at Brown University, in his introduction.

“We only do it to help them. We don’t do anything for ourselves; in fact we sacrifice ourselves for the good of others,” he adds sarcastically.

Guatemala, where the CIA installed a right-wing government in 1954 before backing a series of strongmen, shows the more covert Cold War-style meddling. Libya serves as a more modern example, where the media, activists, and international organizations created a public campaign of demonization and “red lines” leading to armed involvement. 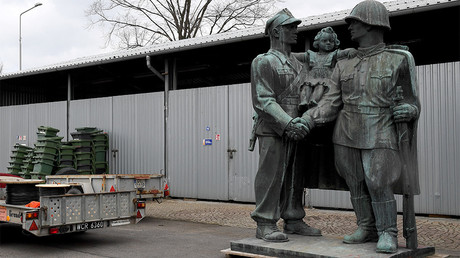 “In 2011, Muammar Gaddafi looked like he might be about to carry out a human rights atrocity. So we decided it was time to participate in an operation to overthrow Gaddafi. In that operation, of course, he was killed,” says Kinzer. “So we succeeded in the short term goal: get rid of Gaddafi and depose that government. But then what happened, we didn’t have a plan for what was going to come next. We thought that by magic, some peaceful regime would emerge, everybody would cooperate, sing songs together.”

But after the 15-year disaster of Iraq, the disappointment of the Arab Spring, and the brutality of Syria where even Washington seems to have forgotten who it supports, will lessons be learned?

“The United States, at least in a relative sense, is declining in power in the world,” reasons Kinzer. “We’re not used to this. We’re not ready for this. Psychologically, Americans have always been on top. We think of ourselves as always getting our way. And we’re entering into a period when that’s not going to be so easy.”

Watch ‘Coups R US’ on May 16 on RTD website and on  RT’s live feed. The time of the broadcast is available on RT’s schedule page.