US President Donald Trump will meet with Queen Elizabeth during his visit to the UK next month, says the US ambassador to London. The “very symbolic” meeting would come despite the royal family’s chilly attitude toward Trump.

“Meeting Her Majesty is the most important thing, because she’s the head of state, and from then on, it’ll be what the president wants to do,” Ambassador Robert Wood Johnson told the British Sky News when asked about the US leader’s plans for his trip. “I mean he has to see the head of state. Putting his foot on British soil, it is job one, it’s very important, very symbolic,” he added. 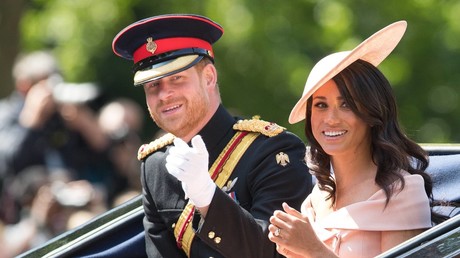 Trump is due to arrive in the UK for a working visit on July 13. It will be his first trip to the country, which the US supposedly has a “special relationship” with, since his election victory in 2016. His trip has since been downgraded from a full-blown state visit, which British Prime Minister Theresa May promised him last year, to a “working visit,” which does not necessarily involve a meeting with the Queen.

Trump is expected to meet Her Majesty at Windsor Castle, which will be closed to the public on July 13, according to Sky News. This might not sit well with some members of the royal family. Princes William and Harry have reportedly expressed their concerns over Trump’s presidency in private and called him “a serious threat to human rights,” according to media reports.

Prince Harry is also said to have admitted he “is not a fan” of the 45th US president, and he has “often been vocal” about his feelings towards Trump. On the other hand, the father of Harry’s wife, Meghan Markle, now the Duchess of Sussex, has recently struck the public by saying that the prince told him to “give Donald Trump a chance.”

It seems, however, that the British people are even less keen to see the US leader meeting the Queen or even visiting the UK at all. Tens of thousands protested against Trump’s visit after May initially invited him in 2017. The anti-Trump campaign was then joined by popular British musicians, comedians and politicians, as well as trade unionists, while almost 2 million people signed a petition against his visit.

Some protests are also expected to take place during Trump’s visit in July. British Foreign Secretary Boris Johnson, however, seems to be more than happy with the upcoming event. Back in April, he took to Twitter with an erratically capitalized post to share his glee over the US president’s upcoming visit, which he called “fantastic news.”

FANTASTIC news that President @realdonaldtrump will at last come to Britain on 13 July. Looking forward to seeing our closest ally and friend on the GREATest visit ever. 👌🇬🇧🇺🇸