Former GOP candidate Roy Moore is crying foul in his loss to Democrat Doug Jones in the Alabama state senate race. Jones eked out an unlikely victory over Moore in a traditionally Republican state.

Moore requested a judge issue a restraining order to prevent the state canvassing board from certifying Jones’ victory. Alabama Secretary of State John Merrill said that Moore’s move “is not going to delay certification and Doug Jones… will be sworn in by Vice President Pence on the third of January,” according to AP.

Sam Coleman, a spokesman for Jones, called Moore’s last minute move a “desperate attempt… to subvert the will of the people,” and said it “will not succeed,” AP reported. “The election is over. It’s time to move on.”

Moore’s often strange campaign was dogged by allegations of sexual assault. Nine women accused Moore of sexually assaulting, harassing or having a relationship with them when they were teenagers and Moore was in his 30s.

Moore’s lawyer wrote in a complaint that he believed there were a broad range of irregularities during the election, including that voters may have come from other states. He included a statement from a poll worker that she had noticed licenses from states including Georgia and North Carolina as people signed in to vote in the Alabama contest. 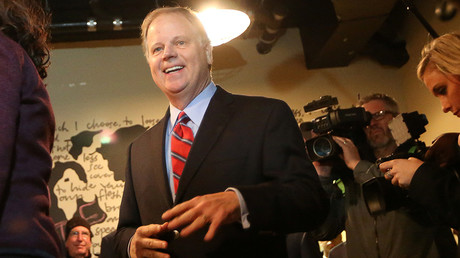 The complaint also said the voter turnout was abnormally high particularly in Jefferson County, and asked for an investigation into fraud and a fresh election.

Secretary of State Merrill said he has not found any evidence of voter fraud, but has pledged to  investigate any complaint Moore submits.

“This is not a Republican or Democrat issue as election integrity should matter to everyone,” Moore said in a statement accompanying the filing of the complaint.

Jones won the contested victory by approximately 20,000 votes, sending shockwaves throughout the country and bringing the Democrats a step closer to their goal of winning back the US Senate next year.

Alabama’s race was a special runoff to replace Jeff Sessions, who was appointed to head the Department of Justice under President Trump.