A Commons bar infamous for its unruliness has been shut down after a fight left one man seriously injured in an alleged glassing and another arrested.

The brawl erupted on Tuesday evening and saw one man, 57, arrested by police near the Sports and Social Club – a venue renowned for its rowdiness and heavy-boozing patrons.

A second man, 64, was hospitalized but doesn’t have life-threatening injuries, Scotland Yard has said. 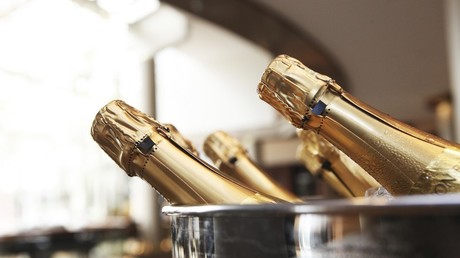 “Following an incident on the Parliamentary Estate last night involving two parliamentary staff, after leaving the Sports & Social Club Bar, an investigation is under way and the Bar will be temporarily closed until that investigation is complete,” a House of Lords spokesperson said in a statement.

The incident follows recent calls for the bar – known for its cheap drinks – to shut down as MPs’ boozing was blamed as a trigger for a number of sexual offences.

The Commons has recently been hit by allegations of sexual abuse at the hands of parliamentarians, with former Defense Secretary Michael Fallon handing in his resignation amid reports of him acting inappropriately.

An unofficial guide written for House of Commons staff warns: “Watch out for the karaoke night on a Thursday, not something you want to end up in by mistake.”

Former bar manager Alice Bailey said she experienced harassment by some MPs while working at the establishment. She told the Sun that some MPs “spent all day boozing” and “fancied their chances” because they thought they were “very important people.”

Andrea Leadsom, the Leader of the Commons, said: “There should be no place here on the estate, or in our constituency offices, where people can be abused or their allegations not taken seriously.”

A brawl at the same venue got former MP Eric Joyce arrested on suspicion of assault in 2013. In a bid to control chaotic scenes, it was announced last month that the venue’s management would no longer be under an outside company but of House of Commons staff.

A police investigation into the incident on Tuesday is ongoing.