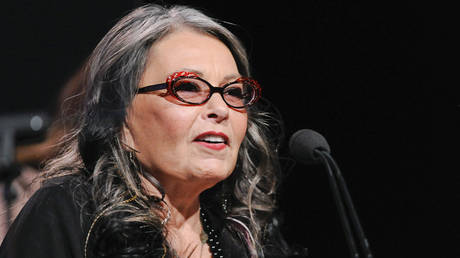 In a video uploaded last weekend entitled “Bug eyed b***hes”, the actress showcased her signature no-holds barred approach to politics. The 2-minute video is a dizzying jaunt between a variety of hot button issues including the environment, immigration and Israel.

While unable to recall Ocasio-Cortez’s name, Barr had a lot of opinions to share about the “Farrakhan loving b***h” who “looks like a realtor” and her “green new deal” in particular.

In between insults and vulgarity, Roseanne criticized the freshman congresswoman’s plan to counter climate change, claiming it would put hundreds of people out of work and “decimate communities.”

Barr then declared that such an outcome was a natural result of “socialism,” calling the economic system a “fake f***ing con” and “ponzi scheme.” Ocasio-Cortez is a proponent of ‘democratic socialism’ like presidential hopeful Bernie Sanders.

Roseanne also offered her outlook on immigration, claiming Democrats were motivated to bring in foreigners because “no Americans are going to vote for their ass anymore.”


The star’s indelicate mode of expression has backfired several times throughout her career. Barr even had a reboot of her signature sitcom pulled by ABC after she posted a racist tweet about former Obama advisor Valerie Jarrett.