Racy images of Meghan Markle will be used as evidence in a French magazine’s court case appealing Kate Middleton’s compensation that she received after they published topless pictures of her.

French lawyers for Closer, the magazine which published the pictures, are claiming the Duke and Duchess of Cambridge’s £92,000 ($124,000) compensation for the September 2012 long-lens shot is “exaggerated”, as payouts in privacy cases are usually around £100.

In lodging the appeal, lawyer Paul-Albert Iweins is expected to cite provocative pictures of the Duchess of Sussex as a further reason for the amount needing revision. Lawyers are likely to refer to a photoshoot for Men’s Health where the one-time actress stripped her clothes off while grilling some meat. Their reported intention is to show that that members of the royal family have routinely used edgy photos to promote themselves. 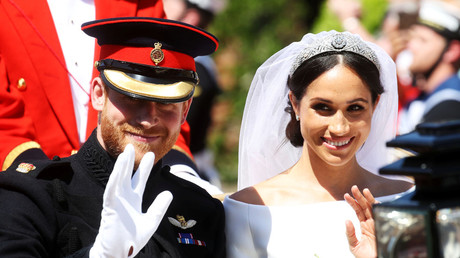 They will argue that it is “hypocritical” to award such a massive amount of money to the Duke and Duchess of Cambridge when other members of the family “are happy with sexy photos”, according to sources close to the case.

Closer magazine had published intimate long-lens pictures of Middleton wearing just a pair of shorts. In other snaps Prince William could also be seen rubbing sunscreen on his wife’s skin. The pair were vacationing on a private terrace in the south of France owned by Princess Margaret’s son Viscount Linley.

At the time, Closer editor Laurence Pieau defended the decision to publish the photos, saying: “I can imagine that these photographs displease them, but once again these photographs are not degrading, they are joyous — they are in love, she is very pretty.”

Following the case, Prince William said he regarded the case particularly shocking because it “reminded us of the harassment that led to the death of my mother, Diana, Princess of Wales”.

The case is set to open on Wednesday in the Versailles Appeal Court west of Paris.