When Jim Rogers talks, investors listen. One of the world’s most famous investors, Rogers is known for his no-nonsense style and investment wisdom. He is the author of several best-selling books, such as “Hot Commodities” and “Street Smarts: Adventures on the Road and in the Markets.” ETF.com recently spoke with Rogers about the latest financial market developments, including why he sees a big downturn taking shape in the next year or two.

ETF.com: You recently said you see the worst stock market correction of your lifetime coming next year. What’s going to cause that?

Jim Rogers: I can give you lots of possibilities. These things always start small and with nobody noticing.

For instance, in 2007, Iceland went bankrupt when most people didn’t know there was an Iceland, much less that it could go bankrupt. And then the next thing you knew, Bear Stearns collapsed; and then Lehman Brothers collapsed. Finally, everybody said, “Oh, there’s a problem.”

That happened slowly over a year. That’s probably what’s going to happen this time. It may have already started. There are companies going bankrupt in China. The whole banking system in Latvia collapsed recently.
Who knows what will cause it? I don’t. Rising interest rates, trade wars, real wars— many things could cause it. But it will be gradual. The worst collapse in my lifetime doesn’t happen in a day. It will evolve over a year or two.

ETF.com: Why do you think the next downturn will be so extreme? 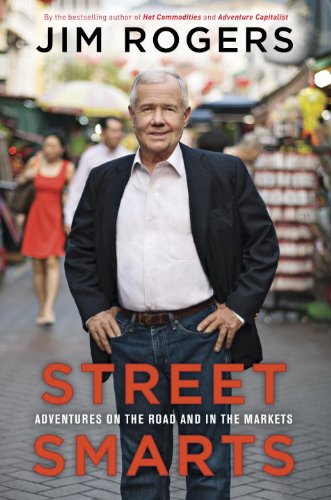 Rogers: Historically, we’ve always had economic setbacks and bear markets. In 2008, we had a problem because of too much debt worldwide. Since then, the amount of debt has skyrocketed everywhere in the…