According to Corbyn-supporting group Momentum, scathing attacks against the Labour Party only help boost support. A spike in the number of Momentum membership applications following critical coverage are proof of this, the group claims. 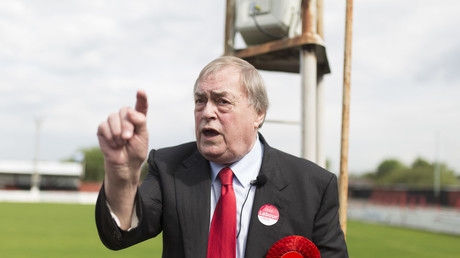 Corbyn’s Labour is aiming to tackle negative coverage of the opposition at the hands of the right-wing media by using social media platforms to garner support. Momentum says there have been a number of occasions when after the right-wing media blasted Corbyn, his approval ratings went up.

When the Sunday Times, for example, carried the headline “Jeremy Corbyn allies plot to oust 50 Labour MPs,” up to 250 people joined the already 37,000-strong Momentum group, its second highest intake since September 2017. In the four days after the story was published, the grassroots organization saw its highest increase over any four-day period, as 554 people joined.

“Labour’s extraordinary result in the last election showed that tabloids run by tax-dodging press barons do not decide elections,” said Laura Parker, Momentum’s national coordinator. “But the fact that attacks by the right-wing press have actually increased support for Momentum shows how low they have sunk in the eyes of the public. Being hated by the Daily Mail has become a seal of approval and, for most people, their criticism is actually an endorsement,” Parker added, the Guardian reports.

Ash Sarkar from Novara Media said the press helped spread a “sense” that Corbyn “must be getting something right,” every time it ran sensationalist stories on him.

It comes after Corbyn was accused of links to a former Czech spy by the Daily Mail and the Sun. Tory MP Ben Bradley was forced to apologize to the Labour leader after he tweeted the same allegations. Sarkar said Bradley’s climbdown is an example of how the Conservative’s reputation is under threat.

“It’s also unwittingly punctured one of the key Tory myths, which is competence in all things,” she said. “With Ben Bradley having to issue this groveling apology, and the marked and hurried climbdown by senior Tory MPs who really went for Corbyn, we found out there’s one thing worse than malevolence; it’s incompetence.”

Sarkar also sought to draw the distinction between the Labour leader’s dismissal of press attacks and the approach taken by US President Donald Trump. She said Corbyn’s criticism is constructive, while the Republican leader merely brands anything he doesn’t like “fake news.”

“There’s a huge difference between saying media claims have no basis in fact and we can measure these biases, and calling every story you don’t like fake news,” said Sarkar. “It’s structural critique, not a dismissal.”