Retired General Stanley McChrystal became the latest military heavyweight to round on the US president for curtailing American army presence in Afghanistan and Syria.

“If you pull American influence out, you’re likely to have greater instability and of course it’ll be much more difficult for the United States to try to push events in any direction,” said the 64-year-old, who led the spec ops force that captured Saddam Hussein in Iraq in 2003, and later headed the entire NATO contingent in Afghanistan.

“There is an argument that says we just pull up our stuff, go home, let the region run itself. That has not done well for the last 50 or 60 years,” continued the four-star general, who spoke as part of a long sit-down interview with ABC’s This Week.

Earlier this month Donald Trump announced plans to halve the current 14,000 US contingent in Afghanistan – though the White House later announced that no firm decision has been taken – and has ordered for all 2,000 American troops in Syria to leave.

Commenting on the latter decision, Trump tweeted that defeating Islamic State (IS, formerly ISIS) was “my only reason for being there during the Trump Presidency” and this task has effectively been accomplished after all strongholds controlled by the jihadist militia have been captured.

We have defeated ISIS in Syria, my only reason for being there during the Trump Presidency.

“I don’t believe ISIS is defeated,” disagreed McChrystal. “I think ISIS is as much an idea as it is a number of ISIS fighters. There’s a lot of intelligence that says there are actually more ISIS fighters around the world now than there were a couple of years ago.”

While Trump’s move was lauded internationally as an acknowledgement of the limits of US interventionism, and was praised by former US ambassador to Syria Robert S. Ford, the blowback from the establishment has been fierce, and has cut across party lines.

The double pullout was announced after another retired four-star general, John Kelly, Trump’s chief of staff, who had opposed it, left the White House. Defense Secretary Jim Mattis resigned immediately after the Syria move, and blasted the president for abandoning “strong alliances” in his parting letter. 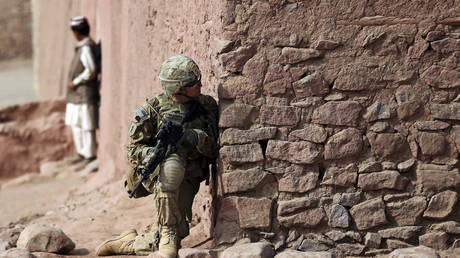 McChrystal urged his successor to “look in the mirror and ask them if they can get comfortable enough with President Trump’s approach to governance, how he conducts himself with his values and with his worldview to be truly loyal to him as a commander in chief going forward.”

The 30-year army veteran, who previously criticized the Oval Office incumbent, said that he himself would not work for the current administration, saying that he “doesn’t think that Trump tells the truth,” and agreed when asked if the US president is “immoral.”

Although McChrystal was lauded for his innovative approach to fighting irregular forces, and his outspoken temperament, his own career came to an abrupt end in 2010, after a Rolling Stone profile featured unflattering remarks about Barack Obama and then Vice President Joe Biden. Since then he has taught a course at Yale, sat on corporate boards, and has recently published a book on leadership.