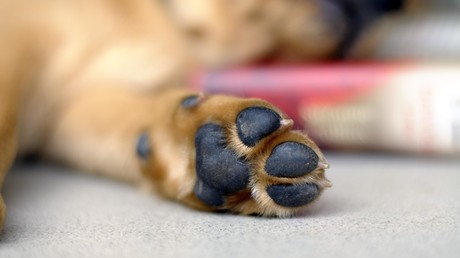 A team of firefighters, cave rescuers and plumbers spent 31 hours struggling to save a seven-month-old deaf puppy in Huntsville, Alabama.

The puppy, named Toffee, fell down a 60-foot hole (18 meters) in South Huntsville while playing with her foster family. Following the incident, rescue crews of volunteers, firefighters and plumbers emerged, using nets, bags, ropes and crates in a bid to save the puppy.

After more than 30 hours of rescue operations, the owner was finally reunited with her pet.