It seemed like the Tory reign over welfare couldn’t get any worse. Bedbound pensioners asked to travel to assessment centers, disabled people unable to access buildings, poor people being made to beg for benefits. But it happened.

The latest official report on Personal Independence Payments (PiP) has shown that the government is still failing to treat disabled people with dignity and respect in a flawed assessment system. 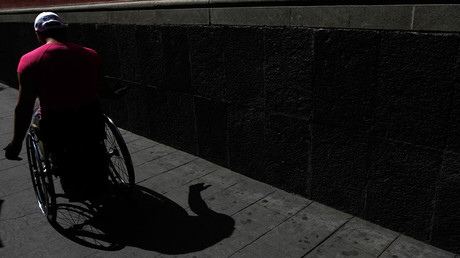 Since changing to PiP payments in an initial rollout in 2013, a majority of those applicable have been reassessed – and many have had their payments slashed or stopped. People with terminal illnesses have been ordered to go back to work, while suicidal, mentally ill people have been told they are fit for employment.

Now, a fresh look into the horrifying world of PiP assessments has been provided by a new report titled ‘PiP and ESA Assessments: Claimant Experiences,’ in which the government admits that it has failed a “substantial minority.”

Concerns have been repeatedly raised over the “expertise” of those carrying out the assessments. Nurses and physiotherapists are being propelled into the roles of assessors – without adequate experience of dealing with complex mental health cases.

This has led to a litany of embarrassing incidents, including a subject who was asked how they “caught” Down’s syndrome. The report listed questions that parents were asked.

The Down’s Syndrome Association stated in the report: “Some of the assessors, both ESA and PIP, need more insight and training with regard to people with learning difficulties. Below are questions that parents have been asked at the assessments; How long have they had Down’s syndrome for? When did they catch Down’s syndrome? When were you diagnosed with Down’s syndrome? 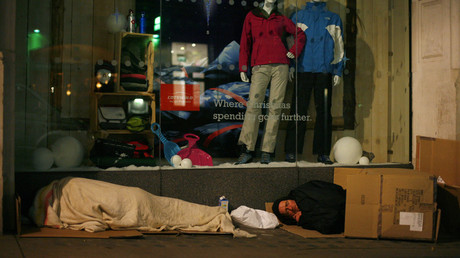 Continuing, the reported noted that “Down’s syndrome is a widely recognized learning disability. If an assessor is being asked to assess someone with a condition that they do not know about, common sense and courtesy should tell them to research the condition before starting the assessment.”

The Work and Pensions Select Committee released the 39-page dossier this week, which reads as a damning indictment for a system that has continued to fail vulnerable people aged between 16 and 64, who are forced to go through the examinations.

Often, they are called to test centers where the assessors have been accused of using covert methods – such as watching people from a window and then completing the walking-ability section. This is contrary to guidelines, which Liberal Democrats peers had installed, insisting it must be found the person can walk the same distance repeatedly, in different conditions and on any given day.

But the new testimonies are shocking. One read: “Apparently I walk my dog daily, which was baffling because I can barely walk and I do not have a dog!”

Another, by a woman named Katherine, said: “I was attacked with a deadly weapon only a short time before my assessment. The man threatened my life, on a walk with my dog. So the assessor wrote that I like to talk to people on my walk.”

Mary said: “She wrote I arose from the chair without any difficulty. I was in bed the whole time (she let herself in) and I only have the one chair in the room and she was sitting in it. She said that I had no difficulty reading with my glasses yet I do not wear glasses to read.”

The government’s crackdown on benefits has been met with fury by campaigners, who recently won a huge battle against Downing Street. In January, the Department for Work and Pensions announced that every person receiving PiP – that’s 1.6 million people – will have their claim reviewed after a court challenge.

The committee called for improvements, stating: “The PiP and ESA assessment processes function satisfactorily for the majority of claimants, but they are failing a substantial minority. The response to our inquiry from claimants was striking and unprecedented.”