In a report on the country’s space and satellite industries, the House of Commons Science and Technology committee found three-quarters of the UK Space Agency’s spending is channeled through the European Space Agency (ESA) – and insists more should be spent in the UK to allow the industry to grow.

The call for action comes as Tim Peake, the UK’s first ESA astronaut, prepares to return to Earth on Saturday after six months aboard the International Space Station (ISS).

Peake left for space in December 2015 from Kazakhstan, in a Russian Soyuz capsule.

While Russia is the only country nationally capable of carrying astronauts into space, many European states including France, Germany and Italy have well-established space programs with expertise in space exploration.

Without its own national program, Britain is being left behind by competing countries, the report published on Wednesday warns.

“The UK has, so far, only taken small steps towards launching a national space program that would enable our innovative space and satellite industries to get the ‘flight heritage’ they need,” Nicola Blackwood, the chair of the committee, told the Guardian.

“Now is the time to take a confident leap towards that goal.” 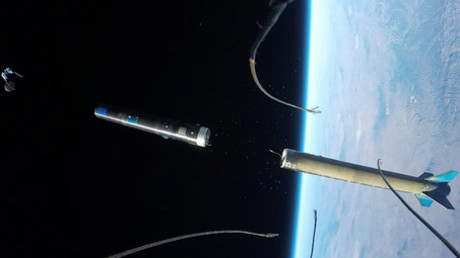 The government says it plans to set up a UK spaceport by 2018, with four sites in Scotland, one in Wales and another in Cornwall in the running for a license to host commercial space flights in the future.

But the report questions such plans, and the committee has asked the government to urgently explain its rationale for such a spaceport.

While certain the country needs such a facility, the MPs say the spaceport should not just accommodate “horizontal take-offs,” much like conventional aircraft.

They say “vertical launches” are also needed, which will be able to put satellites in space and be of more use to the UK.

About £60 million (US$85 million) in taxpayer money has been invested into developing new jet-powered space plane engines, a program running concurrently with plans for the spaceport.

The government hopes the UK will have a 10 percent share of the global market in space technology by 2030.