The first 52 refugees to be accepted by the US from Australia have left their Pacific island camps, according to a refugee advocate. The deal is part of an agreement described as “dumb” by US President Donald Trump.

Twenty-five of the refugees departed a male-only camp on Papua New Guinea’s Manus Island, Refugee Action Coalition spokesman Ian Rintoul said, as cited by AP. They will arrive in the US via the Philippines and Qatar, and will settle in population centers including in Atlanta, Georgia, according to the Daily Telegraph. 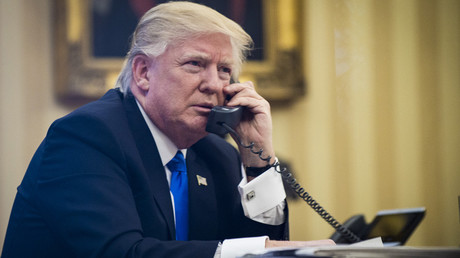 An additional 27 refugees flew to Port Moresby on Wednesday from a camp in Nauru, he said. They will arrive in Los Angeles via the Philippines, Qatar and Chicago.

The US State Department said it expected 54 refugees from Nauru and Papua New Guinea to arrive in the country in the coming days. The origin of the two additional refugees remains unclear.

The deal is part of an agreement from the Barack Obama administration, in which the former US president agreed to accept up to 1,250 of Australia’s refugees, mostly from Iran, Afghanistan and Sri Lanka.

The arrangement is in return for Australia agreeing to accept Honduran and Salvadoran refugees under a US-led resettlement program from a camp in Costa Rica.

Trump has called the deal “dumb” and “horrible,” but agreed to honor it while vowing to conduct “extreme vetting” on the new arrivals prior to their departure from the camps.

Do you believe it? The Obama Administration agreed to take thousands of illegal immigrants from Australia. Why? I will study this dumb deal!

The US president’s true feelings were made public last month, when a leaked phone transcript revealed that Trump told Australian Prime Minister Malcolm Turnbull that he “hates taking these people.” 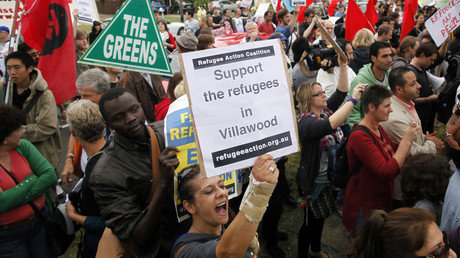 “I guarantee you they are bad. That is why they are in prison right now. They are not going to be wonderful people who go on to work for the local milk people,” he said, according to the transcript.

Meanwhile, the future of the asylum seekers left behind at the camps remains unknown, as more than 2,000 currently live at the sites. Some of them have called the camps home for more than four years.

“People [in the camps] are happy that these people have gone, but the big question is what happens to the rest?” Rintoul said.

Australia refuses to settle asylum seekers who try to arrive to the country by boat, with the government claiming the policy dissuades refugees from attempting the dangerous crossing from Indonesia, bringing an end to people-smuggling operations.

Instead, Australia pays Papua New Guinea and Nauru to house asylum seekers in the camps, which have been plagued by reports of abuse and horrible living conditions.