As the EU sent London to rework its Brexit plan, British PM Theresa May insisted it will not accept a second referendum – hours after the Tory treasury minister admitted that another vote could happen “within months.”

At a summit with fellow European leaders in Salzburg on Tuesday, May once again stressed that the UK would be leaving the EU in March 2019, making it clear that the British government would not accept a second referendum on whether to leave the bloc.

Her comments, however, put her at odds with Treasury Minister Mel Stride, a top Tory in the current government, who told Sky News just hours beforehand that MPs could possibly trigger a new vote if they reject May’s ‘Chequers’ plan, which proposes close post-Brexit ties between the EU and the UK. 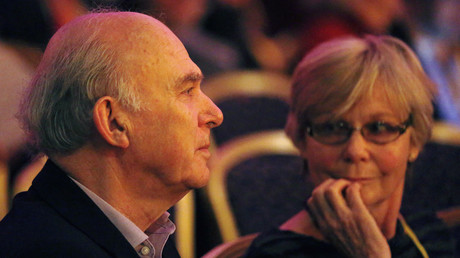 “Those to the right of the party – the pro-Brexit wing will be very concerned that if that deal doesn’t prevail, they’ll end up in the situation where we could have a second referendum and we could end up not leaving the EU altogether,” he said.

“So there is a danger of that happening if Chequers doesn’t prevail.”

His comments quickly sparked a conversation among some of Brexit’s most outspoken critics, including MP Tulip Siddiq, a Labour supporter of the anti-Brexit ‘Best for Britain’ group.

“This is one small step for the minister but a giant stride for our campaign to deliver a people’s vote,” she said, as quoted by The Independent.

Alison McGovern, an MP with the People’s Vote campaign also chimed in. “This has changed everything. A minister has had the courage to tell the truth about the mess the government are in over Brexit and let the cat out of the bag,” she said.

The EU criticized proposals within May’s Chequers plan at the summit on Tuesday, warning that they needed to be “reworked and further negotiated.” European Council President Donald Tusk said that major hurdles remained, including the UK’s policy on Ireland and the future trading relationship between Britain and the EU.

Meanwhile, German Chancellor Angela Merkel has said she hopes there will be a Brexit which takes place with respect and in a “good atmosphere,” while Austrian Chancellor Sebastian Kurz stressed the need for a deal to be reached, in order to avoid both sides getting hurt.

“We are striving to make a compromise possible. [EU Brexit negotiator] Michel Barnier is doing well, he has our full support. He has taken a step towards the British. Now we expect a willingness to compromise from the British, hopefully to bring about a deal,” Kurz said before the meeting of EU leaders.

“We will propose today an extraordinary summit in November and if the member states support this, it will happen. Hopefully by then we will reach an agreement with Great Britain.”