Recycling advocate Eric Lundgren, who was sentenced to 15 months in prison for making free Windows recovery discs, told RT that he will use his appeal to continue fighting against planned obsolescence by Microsoft and others.

“I was very, very shocked when I was given a prison sentence for extending the lifecycle of electronics, practicing recycling and trying to empower people,” Lundgren said of the one year and three months conviction handed to him by a Florida court earlier in February.

Lundgren was found guilty of “conspiracy and copyright infringement” after burning 28,000 copies of recovery discs for Windows back in 2016, despite the fact that the CDs, which had absolutely no retail value, were seized by the authorities. He was also slapped with a $50,000 fine but luckily avoided repaying $420,000 that Microsoft sought in restitution for lost sales.

The CDs are used to “clean up” aging operating systems, which would reduce system cluttering and slowdown and also extend the lifespan of computers.

“I still don’t think I was breaking the law,” the recycling advocate insisted. “I think I’ve just gotten in the way of Microsoft’s agenda, which is to sell more operating systems, even at the cost of planned obsolescence, pushing the hazardous material (in computers) into landfills that then leaches harmful chemicals in our water. I’m against that. I’m here to fight planned obsolescence. ”

Lundgren’s recycling company processes more than 18,000 tons of electronic waste annually, working with such giants as IBM and Motorola. The entrepreneur said he printed the Windows restore discs to be used with refurbished computers in order to “make sure that we keep as much working electronic product from landfills as possible.” He added that he never intended to cash in on them. Lundgren accuses Microsoft and other electronic producers of intentionally making their PCs complicated in order to stimulate sales of new models. 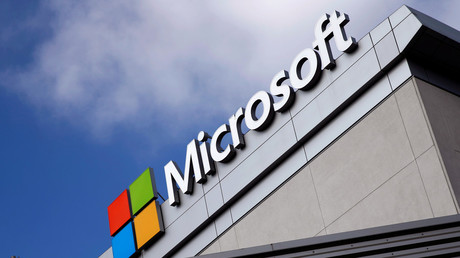 “I know that if you were to make copies of their licenses or there Certificates of Authenticity (COA) – you’re directly stealing from Microsoft and you deserve to go to prison, but if you’re providing the restore CDs, which is the thing that you can download for free online… you’re giving the people an ability to repair their legally owned property. And I see no problem with that,” the 33-year-old said.

“I’ve been a recycler for 16 years and all I care about is the environment,” Lundgren said, denying piracy accusations. He added that Microsoft had no right to put him “in that same circle with the people that are out there hacking or stealing their licenses.”

Lundgren has done a lot of charity work in the US and abroad over the years, including electronic waste cleanup in Ghana and China. He has also donated thousands of cellphones to American soldiers deployed overseas. His work has not gone unnoticed, as he has been given a second chance to avoid prison and explain himself.

A federal appeals court has granted an emergency stay of the sentence in his case, which does not happen very often. Lundgren’s appeal is pending before the US Court of Appeals for the Eleventh Circuit, and the date of the hearing has yet to be announced. “Eleventh Circuit did the right thing by looking into this,” he said.

“I’m fighting this battle and I’m hoping that the more transparency occurs in my case the more people would understand” the harmful effect of planned obsolescence and the need for extending the lifecycle of electronic devices, Lundgren said. He also shared his hopes that the appeals court would “realize that there was absolutely zero evidence in the process of convicting me in regard to the valuation of a restore CD. The restore CD has no value…”

“I hope they won’t let this go any further,” he concluded.