After years of spiraling murder rates, Chicago finally experienced a drop in homicides in 2018, with police touting new technology and gun seizures as responsible. Despite the progress, Chicago remains the US’ murder capital.

Gunshots echoed through the streets of Chicago with depressing regularity last year. But, while constant gang violence and occasional weekend bloodbaths ensured that the Windy City remained synonymous with crime and death throughout the year, the city’s police saw a welcome reduction in homicides compared to 2017.

More than 550 people were murdered in Chicago in 2018, a number higher than in New York City and Los Angeles combined. However, that number was down from 650 in 2017, and 757 the year before – a record for the Midwestern city. 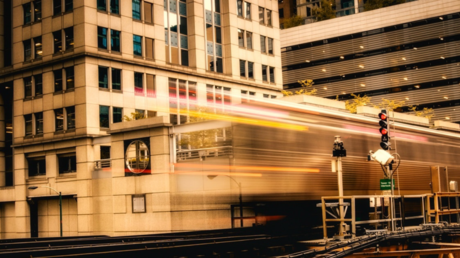 The Chicago Police Department touted a crackdown on illegal guns, coupled with gunshot detection technology, as responsible for the drop, AFP reported. Under Democrat Mayor Rahm Emanuel, Chicago’s gun laws are among the toughest in the US, with firearm and ammunition sales heavily taxed and restricted. Despite the restrictions, illegal firearms have poured into the city, many of them from neighboring Indiana, which has some of the most relaxed gun laws in the country.

Police and federal agents seized over 9,500 illegal guns in 2018 – a five-year record – and the Justice Department sent dozens of prosecutors to the city to try criminals charged with gun offenses. More prosecutions for gun crimes were filed in 2018 than in any year in recent history. In addition, the city’s police force hired 1,000 additional recruits to bolster its ranks and beef up its street presence.

“While there is still work to be done, the reduction [in weapons] is believed to have contributed to the overall drop in shootings,” Chicago Police Chief Eddie Johnson said at a press conference on Monday.

While the drop in homicides is a move in the right direction for Chicago, the city’s murder rate remains abysmally high. Speaking to the city’s officers last September, former Attorney General Jeff Sessions blamed Mayor Emanuel’s signing of a ‘consent decree’ with the American Civil Liberties Union for robbing officers of their crime-fighting powers. 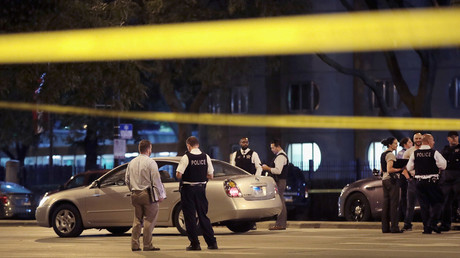 In 2015, in the wake of a spate of police killings of young black men across the country, the American Civil Liberties Union issued a report on stop-and-frisk searches in Chicago. The practice, they argued, unfairly targeted the black community, and the organization threatened the city with a lawsuit.

The city buckled and signed an agreement with the ACLU, which required officers to submit a detailed report after each and every on-the-street stop. Dreading the increased workload, officers scaled back their stops, and as Sessions told officers in September, “policing went down and crime went up.”

The signing of the consent decree was not without cause, however. In recent years, Chicago has been the scene of a number of controversial police-involved shootings, including the shooting dead of black teenager Laquan McDonald in 2014. McDonald was shot 16 times at point-blank range by officer Jason Van Dyke, after refusing to drop a folding pocket knife.

Further allegations of excessive use of force and heavy-handed treatment of the city’s black and latino population prompted Black Lives Matter activist Kofi Ademola to describe the Chicago PD as “a paramilitary occupying force” in an interview with RT in 2017.

Sessions’ own Justice Department issued a report in 2017 that claimed the reasons for the city’s murder spike were “broadly debated and inarguably complex.”

Now, however, gun seizures seem to be chipping away at the crime epidemic. But despite the progress, Johnson didn’t have time to rest on his laurels. Eleven people were shot in the city on New Year’s Eve, two fatally. In addition, the Chicago PD made its first illegal gun seizure of 2019 just two minutes after midnight.