Hundreds of Native American women have been murdered or have gone missing over the years, and their fate remains a mystery as authorities are appallingly lax in keeping track of such crime victims, according to a new study.

Of the 5,712 American Indian and Alaska Native girls and women reported missing in 2016, only 116 of those were logged in the Department of Justice’s federal missing persons database, NamUs, and the real number of missing women is likely to be even higher due to underreporting, racial misclassification and a lack of coordination between tribal and state authorities. 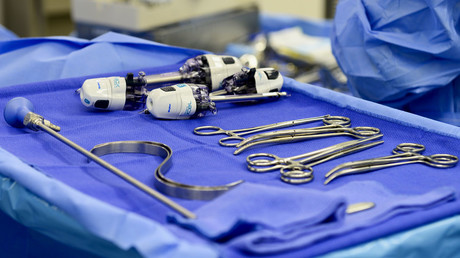 Murder is the third-leading cause of death among indigenous women, according to the Centers for Disease Control, which also found violence on reservations occurs at ten times the national average. While this figure understandably gets a lot of attention, authorities lack similar numbers for American Indians and Alaskan Natives living in cities – which is almost three quarters of them. Seattle’s Urban Indian Health Institute (UIHI)’s report is an attempt to fill that knowledge gap, and their findings suggest urban violence against indigenous women is massively underreported.

There was no clear pattern to the cases UIHI found, with victims as young as infants and as old as 83. In less than a hundred of the 506 cases studied, researchers were able to establish a link to overarching issues like sexual assault, domestic violence, prostitution and police brutality, much less identify the victim’s relationship to the perpetrator. The rest remain a mystery.

Law enforcement departments were reluctant to turn over information on Native American victims, and many did not respond to repeated requests; much of what researchers did receive was incomplete or wrong. Alaska State Troopers allegedly refused to provide data because the large volume of Native female homicides made dredging up all the records “too burdensome” for their staff. Perhaps most troublingly, 153 of the cases UIHI studied simply do not exist in law enforcement records. To attempt to fill the gaps, researchers combed media coverage, social media, and other government databases, in addition to interviewing communities.

Underreporting of crimes against indigenous women is a chronic problem in the US. While they are 2.5 times more likely to be raped or assaulted than their non-Native counterparts, another UIHI report released earlier this year revealed only 20 percent of indigenous victims reported their assaults. Given that US attorneys decline to prosecute almost half of cases that occur on tribal lands, victims’ reluctance to step forward is understandable – that same report found only 8 percent of reports to police led to the perpetrator’s conviction.