Some uncommon tumors can trigger the same symptoms in children as attention deficit hyperactivity disorder, according to a new study from the US National Institutes of Health (NIH), leading to misdiagnosed treatment that could exacerbate symptoms.

Rare tumors known as pheochromocytomas and paragangliomas give off catecholamines, which stimulate the central nervous system, NIH says. Some children with those cancers that were given stimulant drugs following an ADHD diagnosis developed headaches, excessive sweating, and hypertension, NIH found in the study Attention Deficit Hyperactivity Disorder in Pediatric Patients with Pheochromocytoma and Paraganglioma  published in the journal Hormone and Metabolic Research.

ADHD is a neurodevelopment disorder that can cause children to have “trouble paying attention, controlling impulsive behaviors (may act without thinking about what the result will be), or be overly active,” the US Centers for Disease Control and Prevention says.

NIH researchers analyzed 43 children found to have the tumors from January 2006 to May 2014, of which nine were diagnosed with ADHD prior to the discovery. Four of those nine exhibited worsened symptoms after being treated with the ADHD drugs amphetamine, dextroamphetamine, and/or methylphenidate, the NIH said.

Three of the nine children were relieved of ADHD symptoms once their tumors were removed, NIH researchers reported.

“Symptoms of anxiety and difficulty in concentration in these patients may have been related to their underlying PHEO/PGL (pheochromocytoma and paraganglioma) and were not recognized as part of the constellation of symptoms in a child with PHEO/PGL,” the researchers said. 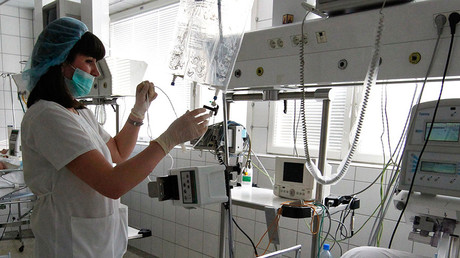 NIH researchers advised that, “in pediatric patients with hypertension and ADHD symptomatology, an evaluation to rule out PHEO/PGL is warranted prior to treatment with stimulant medications.”

In early May, the US Centers for Disease Control and Prevention warned that doctors in the US might be overprescribing ADHD drugs for children under the age of 6. The CDC found that less than half of young children diagnosed with ADHD symptoms were receiving behavior therapy, the preferred first-line of treatment for ADHD, before being given drugs. The long-term effects of drugs like Adderall and Ritalin on the brains and bodies of young people are still under-studied, the CDC said.

“Until we know more the recommendation is to first refer parents of children under 6 years of age who have ADHD for training and behavior therapy,” said Anne Schuchat, the CDC’s principal deputy director, according to the Washington Post.

About 2 million of the more than 6 million children with ADHD in the US were diagnosed between the ages of 2 and 5, the CDC says.