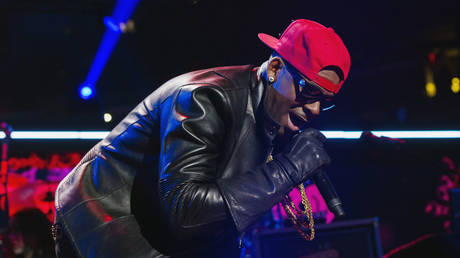 Disgraced R&B superstar R. Kelly has been charged with 10 counts of aggravated sexual abuse, after prosecutors received a videotape showing the singer performing multiple sex acts on a 14-year-old girl.

In addition to the video evidence, two women told a grand jury in Chicago that Kelly had engaged in sexual intercourse with underage girls. One of the women said she was a victim, while the other claimed she knew of several similar encounters with other girls.

Celebrity lawyer Michael Avenatti gave the videotape to prosecutors last Thursday, prompting them to convene the grand jury. In a tweet on Friday, Avenatti said that “after 25 years of serial sexual abuse and assault of underage girls, the day of reckoning for R. Kelly has arrived.”

After 25 years of serial sexual abuse and assault of underage girls, the day of reckoning for R Kelly has arrived.

Accusations of sexual abuse have dogged Kelly for more than two decades. The singer was indicted on 13 counts of child pornography in 2002, but was acquitted of all charges in 2008.

Avenatti claimed on Friday to have evidence that Kelly paid witnesses to “rig” the outcome of the 2008 trial.

Kelly’s lawyer maintains his client is innocent. “The allegations aren’t true because he never knowingly had sex with an underage woman, he never forced anyone to do anything, he never held anyone captive, he never abused anyone,” Steve Greenberg told the Associated Press after the release of the documentary, which he called “disgusting” and “Jerry Springer-esque.”