If you board late or change your appearance before a domestic flight, the TSA might have you followed, based on a new screening program, which many critics say wastes taxpayer’s money, an investigation by the Boston Globe reveals.

The Transportation Security Administration (TSA) launched a covert civilian surveillance program called Quiet Skies across major US airports in March this year, the Boston Globe reported, after examining TSA internal documents and interviewing more than a dozen people with direct knowledge of the matter.

While the aim of the initiative is to “identify and provide enhanced screening to higher risk travelers” before they board aircraft, in reality TSA agents analyze everyday passenger behavior based on at least 15 rules, which include monitoring individual looks and behavior. 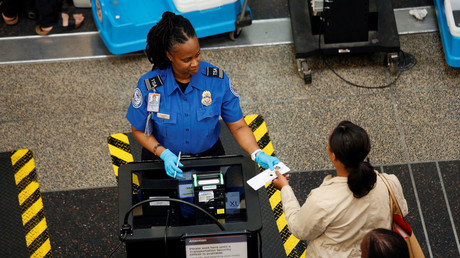 So, if somebody is “reversing or changing directions” and “stopping while in transit through the airport,” or looks like having “changed appearance,” then this person might be selected to have air marshals tag you along your route. Excessive fidgeting, perspiration, rapid eye blinking are just a few indicators which the federal agents are looking for.

While the scope of the new program is yet to be fully understood, the investigation believes that up to 50 Quiet Skies passengers are spotted in crowds each day. On average, air marshals follow and surveil about 35 of them, the Globe reports, citing an internal TSA bulletin.

Once an individual is singled out, a quick profile is compiled on the target before small teams of armed, undercover air marshals begin shadowing Americans at the airport and inflight. Throughout their mission officers take detailed notes outlining the passenger’s behavior, tracking down their phone usage, bathroom breaks, and contacts with other individuals. Up to 3,000 agents work the skies.

“FAMs [federal air marshals] may deploy on flights in furtherance of the TSA mission to ensure the safety and security of passengers, crewmembers, and aircraft throughout the aviation sector,” a spokesman for the agency, James Gregory, said in a statement to the publication. “As its assessment capabilities continue to enhance, FAMS leverages multiple internal and external intelligence sources in its deployment strategy.”

The goal of all that as stated in the internal bulletin is to reduce threats posed by “unknown or partially known terrorists.”

Using air marshals to conduct intelligence on civilians who “are not under investigation by any agency and are not in the Terrorist Screening Data Base,” raises the questions of legality and appropriate use of funds of the Quiet Skies program. 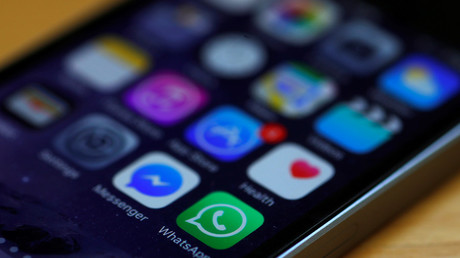 “What we are doing [in Quiet Skies] is troubling and raising some serious questions as to the validity and legality of what we are doing and how we are doing it,” one unidentified air marshal said in a text message that the Globe’s investigation quoted.

“If TSA is using proxies for race or religion to single out travelers for surveillance, that could violate the travelers’ constitutional rights,” Hugh Handeyside, senior staff attorney with the American Civil Liberties Union’s National Security Project told the Globe. “These concerns are all the more acute because of TSA’s track record of using unreliable and unscientific techniques to screen and monitor travelers who have done nothing wrong.”

“The American public would be better served if these [air marshals] were instead assigned to airport screening and check-in areas so that active shooter events can be swiftly ended, and violations of federal crimes can be properly and consistently addressed,” John Casaretti, president of the Air Marshal Association, added.

The TSA, created in 2001 as a response to 9/11 attack, is often the subject of public criticism and scrutiny for its heavy-handed security procedures. Meanwhile a report last year found TSA screeners, equipment or procedures failed at a “ballpark” rate of 80 percent.