There is no good reason why the Chilcot Inquiry report into the legality of the 2003 Iraq war should not be published within the next two week, regardless of the EU referendum, firebrand MP David Davis says.

The former Tory foreign minister will lead a back-bench debate on Thursday.

On Wednesday, he said that given the report will be handed to government officials for final checks on Monday it should be published with two weeks.

The debate is being co-sponsored by fellow outspoken MP, Labour’s Paul Flynn, who said the six-year delay was “sinful and wicked.”

Davis said: “There’s really no argument for it taking any more than two weeks. I think we’ll win the battle. If not, frankly, there will be an uproar.”

He said the families of soldiers killed in Britain’s highly controversial invasion and occupation of Iraq demand the process be completed quickly and that there would be “uproar” if it was not. 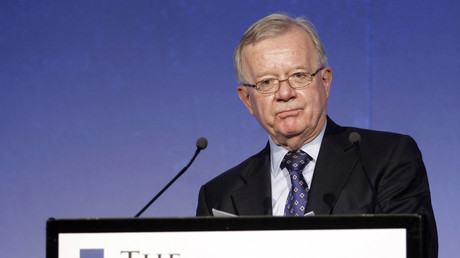 He said government plans to delay the report until after the EU referendum are “inexplicable.”

“It’s got no real relevance to Europe at all,” he said, claiming the government doesn’t want to “rock the boat whilst this referendum is going on.”

Cabinet Minister John Penrose said on Thursday afternoon that although check would be completed within a fortnight the report is unlikely to be published before summertime.

He told the Press Association: “The inquiry has said that it will complete the remaining work as swiftly as possible, and as Sir John Chilcot indicated in his letter to the Prime Minister last October, that he expects publication in June or July this year.”

On April 4 the Chilcot saga reached farcical heights when it was announced there would be an inquiry into the report’s lengthy delay.

The Times reported that barrister Andrew Green QC will be examining the hold up. Ironically, there is no word yet about when this fresh inquiry will be complete.

The legacy of the 2003 Iraq war, which was launched on a number of highly contested premises, including claims the regime of Saddam Hussein had weapon of mass destruction, is felt nowhere more strongly than in Iraq.

On Wednesday, polling firm Penn Schoen Berland reported that more than 90 percent of young Iraqis consider the United States an enemy. Similar levels of dislike existed in Yemen and the Palestinian Territories.

Commenting on the report, Haroon Moghul from the Institute for Social Policy and Understanding, told the Intercept website: “For years, many have argued that Muslims and Arabs, like other humans, don’t appreciate being bombed or occupied.”

“Finally, we have a study to confirm this suspicion,” he said.