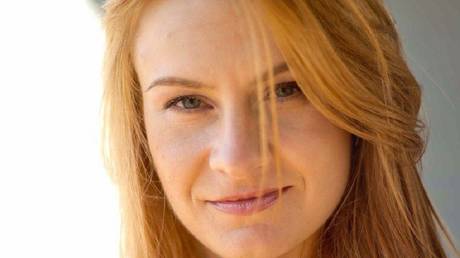 US Justice Department has formally requested a ‘judicial removal’ of Maria Butina, once smeared as a ‘Russian spy’ by US media, after she is sentenced late April. The lawyer for Butina hopes she will get a time-served sentence.

The motion by United States Attorney Jessie K. Liu asking the court to send Butina back home once she is convicted was submitted to the district court for the District of Columbia on Friday.

In a statement accompanying the request the prosecution notes that Butina should be kicked out of the US since she is not a US citizen, entered the country on a now expired student visa and pled guilty to one count of conspiring to act as a foreign agent without government registration.

READ MORE: Land of the free: 4 best-known modern cases of Russians behind bars in the US

The offence for which Butina will be sentenced on April 26 carries a maximum term of five years in prison and/or a $250,000 fine, the statement notes. The woman’s defense, however, has been working to have the judge count time she has already spent in custody towards her future sentence so she could be deported to Russia as soon as possible after the verdict is pronounced.

The request also stipulates that Butina pledges no to return to the US for 10 years after he sentence is up.

Butina’s attorney Robert Driscoll reaffirmed that the Russian national’s defense team is “trying to make sure that everything is in place so that she can return home quickly when she has completed any sentence.”

Also on rt.com
Butina’s lawyer ‘confident’ she will return to Russia ‘in a matter of days’ after sentencing


The request by the prosecution has been widely expected and is in line with the guilty plea deal Butina signed up to in December. The deal stated that it was “very likely” that Butina’s deportation would be “mandatory” after the court proceedings are over.

Driscoll told RT last month that the defense would be asking for a sentence up to six months for Butina, which if deemed reasonable by the judge, would see her walking free out of the courtroom.

The quiet end to the Butina case, once seen as another ‘aha!’ moment in the now-fizzled ‘Russian collusion’ theory, comes as the US establishment and media are having a hard time coming to grips with the conclusions of the two-year-long Robert Mueller investigation drama. The probe has found no nefarious link between the Trump campaign and the Kremlin, damping the hopes of the anti-Trump resistance crowd that it would set the stage for the US President’s impeachment. So far, only a 4-page summary of the investigation has been released, prompting Democrats to grasp at straws and allege that Attorney General Bill Barr, who prepared the brief, concealed the whole truth from the public. Barr said on Friday that the report which is nearly 400 pages long would be released in full by “mid-April, if not sooner.” The delay, as he explained in a letter to the House and Senate judiciary committees, is due to the department of justice combing through sensitive data that might compromise “personal privacy and reputational interests of peripheral third parties.” The report would not be submitted to the White House for a preview, he stressed.