The University of Minnesota has invited a professor, who believes “whiteness” is an “existential threat” to the United States and needs to be “dismantled,” to be a guest speaker. 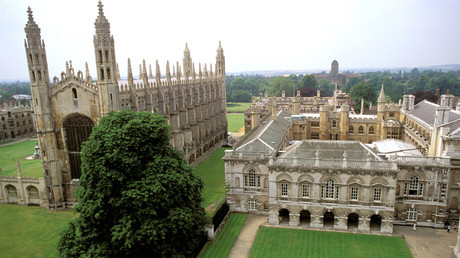 The lecture, titled “The Elephant in the Room: A ‘Grown-Up’ Conversation about Whiteness,” will be delivered by Lisa Anderson-Levy, an anthropology professor at Beloit College who believes that teaching is “a political act”.

Anderson-Levy is expected to share her thoughts on “the violence of whiteness” and suggest ways that colleges and government institutions can either perpetuate or interrupt this violence.

In the description of the talk, Anderson-Levy writes that “whiteness” poses an “existential threat to social, political and economic life” in the US, declaring her effort to “decenter whiteness” as “one of the most urgent social dilemmas of our time.”

“Analyzing and understanding the intersectional operation of whiteness has the potential to shift paradigms, if there is will and courage,” Anderson-Levy said.

She has been invited as part of a program used to “highlight successful alumni” of the university and the talk will be open to both students and university administrators.

Anderson-Levy, who is also a retired Air Force officer, co-leads a project at Beloit College that aims to strengthen “diversity, inclusivity, and equity.”