Pro-choice campaigners plan to fly abortion pills into Northern Ireland using a drone, for a group of non-pregnant women to swallow in protest at the province’s strict abortion laws.

The “abortion drone,” scheduled to fly over the Newry River next Tuesday, is being described by organizers as an “act of solidarity” between women in Northern Ireland and the Irish Republic, where abortion is also illegal. 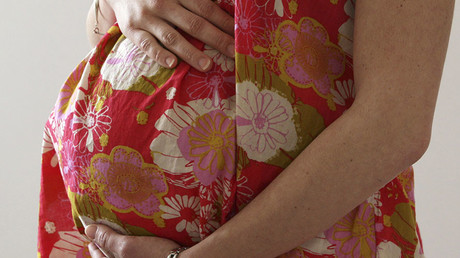 “We will be sending the drone over the border and bringing the pills into Northern Ireland to show women that they are still available and they are still safe.”

A number of women who are not pregnant will swallow the mifepristone and misoprostol tablets, which have been approved for use by the World Health Organization since 2005.

“Obviously there have been prosecutions and the threat looms large, but the women who will be taking the pills won’t be pregnant at the time,” Harrold says.

Bernadette Smyth, from the antiabortion group Precious Life, told the Guardian: “I am currently seeking legal advice and may very well be in contact with the Police Service of Northern Ireland to ensure these pills will be confiscated and to ensure they are not used to destroy the lives of unborn children.

“These people are hell-bent on destroying lives, but we will be doing everything in our power, legally, to protect lives,” she said.

Pro-choice campaigners also plan to take their protest to the gates of a Belfast high court, where an appeal is to be heard next Tuesday against a ruling which found that Northern Ireland’s abortion laws breached human rights legislation.

In February, members of the Northern Irish Assembly voted against proposals to relax the strict abortion laws, which would have allowed abortions in the case of fatal fetal abnormality and sexual crime.

In Ireland and Northern Ireland, abortion is permitted if the mother’s life is in danger.

In Northern Ireland, it is also allowed if there is a permanent or serious risk to a woman’s mental or physical health. There the maximum penalty for inducing an abortion is life imprisonment.

In the rest of Britain, abortion is legal up to 24 weeks into pregnancy and can be carried out at a later stage if the mother’s life is at risk or if there are indications the baby will suffer a serious injury.

Recently released statistics from the Department of Health say 833 women from Northern Ireland traveled to England and Wales to have abortions in 2015.