The US State Department spent over $15,000 of taxpayer money at a Trump-branded hotel in Vancouver, Canada to accompany President Donald Trump’s children as they participated in its grand opening, government records show.

The president’s sons, Donald Jr. and Eric, their spouses, as well as the president’s daughter, Tiffany, were at the ribbon-cutting ceremony of the Trump International Hotel and Tower in the Canadian city on February 28.

On that trip, they were accompanied by Secret Service and State Department personnel.

Hotel bookings, released by the State Department to the Washington Post under the Freedom of Information Act, show that the agency booked 19 rooms at the luxury hotel for a total cost of $15,000. 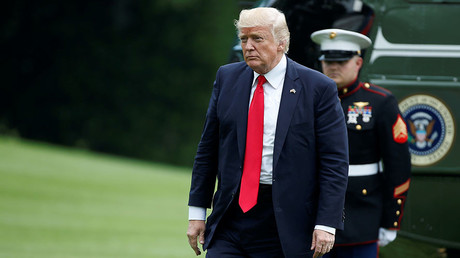 The State Department declined to provide any details about the staff’s stay at the hotel, but said that “embassy and consulate personnel work with the Secret Service to provide assistance on security matters as necessary for conditions in the particular host country,” according to the Post.

Even though the Trump Organization does not own the hotel in Vancouver, the company manages it and licenses the name.

As the Trumps do business in many cities and countries, taxpayers pay for the first family’s protection, even when they travel for private matters.

In May, Congress allocated an additional $120 million to help cover the “extraordinary” costs of protecting the president and his family through the end of September. Half of it was earmarked for the Secret Service, while the other half went to reimburse law enforcement in various jurisdiction for their services.

“Although the federal government does not otherwise reimburse costs of state or local law enforcement for activities in support of the United States Secret Service protection mission,” the legislation read, “these funds are being provided in recognition of the extraordinary costs borne by a small number of jurisdictions in which a residence of the president is located.”

Trump has frequently spent his free time and conducted official business at his private properties, including the Mar-a-Lago club in Florida and his golf courses in Virginia and New Jersey.

Since his inauguration, the president has placed his business empire into a trust controlled by his sons, who have traveled to Dubai, Uruguay and Ireland to promote the family’s real estate empire.

Last week, the director of the Office of Government Ethics, Walter Shaub Jr., resigned from his position, criticizing the president for not eliminating all ties to his businesses.

“I can’t know what their intention is. I know that the effect is that there’s an appearance that the businesses are profiting from his occupying the presidency. And appearance matters as much as reality,” said Shaub when asked by CBS News if he thought the president and his family were using the office to enrich themselves.