Priti Patel resigned from her post as international development minister moments after her meeting with Theresa May on Wednesday. Patel was summoned to Downing Street from Africa, after further details emerged over secret meetings while she was on a family holiday, this summer.

The Tory MP was recalled to the UK as she headed to Uganda, after she was caught taking the secret, off-diary meetings which she later claimed Boris Johnson was made aware of.

The Foreign Secretary denied he was warned ahead of time.

Patel resigned as a cabinet minister but said she will continue to act as a voice for her constituents from the bank bench. 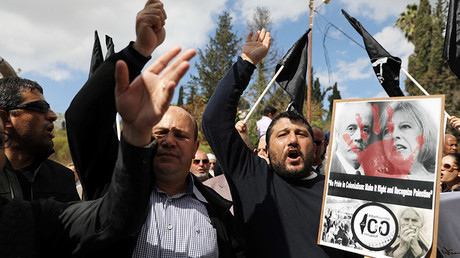 “Whilst my actions were meant with the best of intentions, my actions also fell below the standard of transparency and openness that I have promoted and advocated” Patel said.

“I offer a fulsome apology to you and to the Government for what has happened and offer my resignation.”

Theresa May was offered an apology from the minister, but as further details emerged Patel’s cabinet career looked finished.

On Tuesday, details of two further secret meetings with Israeli officials emerged on top of the 12 previously revealed. As well as meeting with Israeli politicians when she was on “holiday” in August, it is now claimed she met with public security minister Gilad Erdan at Westminster and foreign ministry official Yuval Rotem in New York in September.

It is understood Downing Street was told about the New York breakfast with Rotem when she disclosed the details of her Israel trip, but Number 10 only learnt on Tuesday about the meeting with Erdan. No British officials were present and, as with her meetings in Israel, she did not report them to the government or Foreign Office in the usual way.

Before these extra meetings were revealed, Downing Street insisted May had confidence in Patel, who was in Africa with International Trade Secretary Liam Fox. She travelled back from Nairobi on Wednesday at the request of Prime Minister Theresa May.

It was also revealed Patel had tried to divert British taxpayer’s money to the Israeli Army. Officially, Britain accuses Israel of occupying in the disputed Golan Heights illegally.

Names in the frame as a potential replacement for Patel’s cabinet post include Rory Stewart and Alistair Burt, both of whose current jobs straddle the Department for International Development (DfID) and the Foreign Office, and junior defence minister Tobias Ellwood.