Update: In its first press release, the newly formed Booker campaign has released a list of top members of its team.

And we have the first “Cory 2020” press release announcing key members of his team including longtime members of his political operation and @just_jenna who was digital director of Hillary’s 2016 campaign. pic.twitter.com/8aPfFJgTYW

And predictably, Booker has said that “economic justice” is going to be the focus for his campaign.

New Jersey Senator and former Newark Mayor Cory “Spartacus” Booker just made it official: He will be joining Kamala Harris, Elizabeth Warren and Kirsten Gillibrand in seeking the 2020 Democratic nomination.

According to CNBC, Booker officially launched his presidential campaign early Friday, a move that had been widely expected. In preparation, Booker has spent recent weeks crisscrossing key primary states. Booker made the announcement on Feb. 1, the first day of Black History Month. The announcement follows reports that Booker had been calling members of the Congressional Black Caucus and asking for their support. 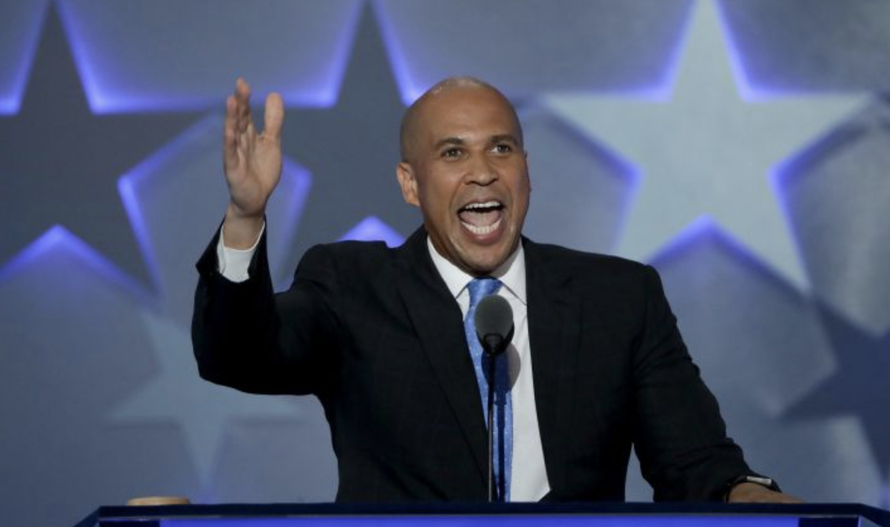 Booker is a liberal Democrat and perennial Trump critic who nonetheless scored a key bipartisan victory when Congress passed a sweeping criminal reform bill that he had worked on.

As has become standard procedure for Democratic contenders, Booker posted a video announcing his campaign where he said he was “the only senator who goes home to a low-income, inner-city community” in Newark, “the first community that took a chance on me.”

I’m running for president. Join me on this journey. https://t.co/fEDqOVIfwh pic.twitter.com/h1FTPUYRzo

However, the senator is coming off a string of embarrassing scandals that will likely be seized on by primary opponents: During one of the most memorable…