No group has yet claimed responsibility for the deadly attack in the French city, but ISIS fanatics have boasted that it was carried out ‘days after our threats’.

Rita Katz, director of SITE – which monitors terror activity – tweeted that extremists were telling others to ‘rejoice’ and ‘give good news’ after the shooting, which claimed two lives and left another ‘brain dead’.

Supporters of the terror group had recently posted a picture of Father Christmas kneeling in front of a masked jihadist, Katz pointed out. 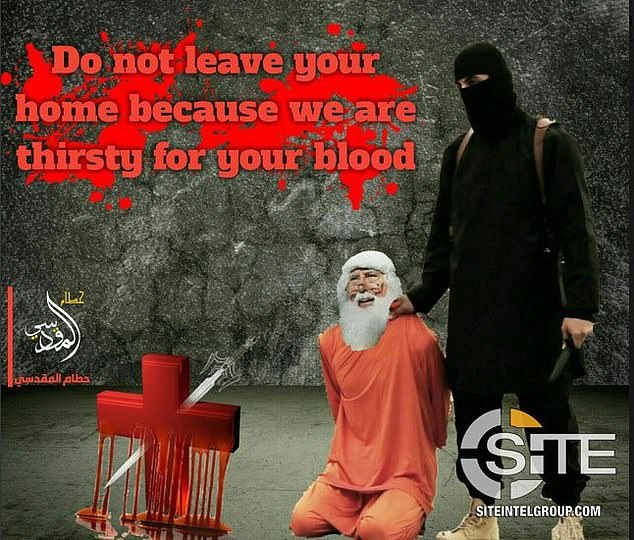