Public money could be given to billionaire press barons such as Rupert Murdoch, ostensibly so the government can ‘sell the idea’ that they are safeguarding the future of British newspapers, according to a press freedom campaigner.

‘The Cairncross Review’, a little-publicised public consultation, was launched by the Tory government on June 28, with the directive of gathering evidence and ideas to help “sustain the production and distribution of high-quality journalism in a changing market.”

The consultation could result in public funds being given to owners of The Sun and Daily Mail, according to Byline, an independent, crowd-funded media outlet. 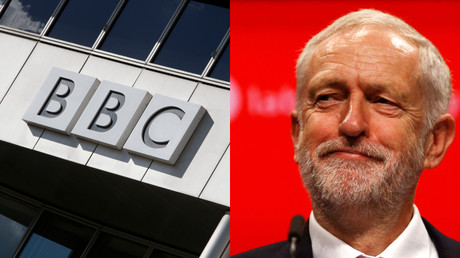 Brian Cathcart, a Byline contributor and a founder of Hacked Off, suggests that since the review panel, which is charged with finding new funding solutions, is jam-packed with representatives of the mainstream newspaper industry, “it’s obvious they are meant to be the beneficiaries.”

Hacked Off is a campaign group for a “free and accountable press,” which was established in response to the notorious phone-hacking revelations that prompted the demise of Rupert Murdoch’s News of the World newspaper in 2011.

Among the names on the consultation panel is Peter Wright, the editor emeritus of Associated Newspapers, the publisher of the The Daily Mail, the Mail on Sunday, MailOnline and the Metro.

According to the UK government’s website, the terms of reference of the review will “investigate the overall state of the market, threats to financial sustainability, the role and impact of digital search engines and social media platforms, how content and data flows are operated and managed and the role of digital advertising.”

Cathcart claims there are two alternative sources of money the panel will look at: “some kind of tax on (or contribution from) the big tech companies, or another raid on the BBC licence fee pot.”

He suggests either of the funding ideas would mean public subsidies being handed over to line the pockets of billionaire proprietors such as “Lord Rothermere (Jonathan Harmsworth), Rupert Murdoch and the publishers of the Mirror and Express.”

Former senior editor of The Economist, Dame Frances Cairncross, is chairing the review, with a final report expected later this year.